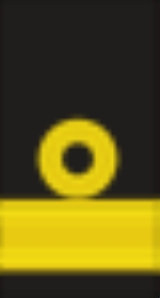 Please see Commodore (rank)
Commodore (rank)
Commodore is a military rank used in many navies that is superior to a navy captain, but below a rear admiral. Non-English-speaking nations often use the rank of flotilla admiral or counter admiral as an equivalent .It is often regarded as a one-star rank with a NATO code of OF-6, but is not always...
for other versions of this rank.

Commodore (Cdre) is a rank of the Royal Navy
Royal Navy
The Royal Navy is the naval warfare service branch of the British Armed Forces. Founded in the 16th century, it is the oldest service branch and is known as the Senior Service...
above Captain
Captain (Royal Navy)
Captain is a senior officer rank of the Royal Navy. It ranks above Commander and below Commodore and has a NATO ranking code of OF-5. The rank is equivalent to a Colonel in the British Army or Royal Marines and to a Group Captain in the Royal Air Force. The rank of Group Captain is based on the...
and below Rear Admiral
Rear Admiral
Rear admiral is a naval commissioned officer rank above that of a commodore and captain, and below that of a vice admiral. It is generally regarded as the lowest of the "admiral" ranks, which are also sometimes referred to as "flag officers" or "flag ranks"...
. It has a NATO ranking code of OF-6. The rank is equivalent to Brigadier
Brigadier
Brigadier is a senior military rank, the meaning of which is somewhat different in different military services. The brigadier rank is generally superior to the rank of colonel, and subordinate to major general....
in the British Army
British Army
The British Army is the land warfare branch of Her Majesty's Armed Forces in the United Kingdom. It came into being with the unification of the Kingdom of England and Scotland into the Kingdom of Great Britain in 1707. The new British Army incorporated Regiments that had already existed in England...
and Royal Marines
Royal Marines
The Corps of Her Majesty's Royal Marines, commonly just referred to as the Royal Marines , are the marine corps and amphibious infantry of the United Kingdom and, along with the Royal Navy and Royal Fleet Auxiliary, form the Naval Service...
and to Air Commodore
Air Commodore
Air commodore is an air-officer rank which originated in and continues to be used by the Royal Air Force...
in the Royal Air Force
Royal Air Force
The Royal Air Force is the aerial warfare service branch of the British Armed Forces. Formed on 1 April 1918, it is the oldest independent air force in the world...
.

A modern Commodore's rank insignia consists of a 45mm wide band of gold lace, with a circle of 13mm wide lace 45mm in diameter above.http://www.royalnavy.mod.uk/upload/package/66/brd81book/ch03.pdf

Some Commonwealth
Commonwealth of Nations
The Commonwealth of Nations, normally referred to as the Commonwealth and formerly known as the British Commonwealth, is an intergovernmental organisation of fifty-four independent member states...
countries have replaced Commodore with an equivalent flag rank. The correct sleeve insignia for such a rank is a single 1.75 inches (44.5 mm) row of gold lace below a gold lace curl with a diameter of 2 inches. The correct shoulder-board insignia comprises a crown (or national emblem for republics) with a crossed sword and baton on a gold lace-covered shoulder-board, however, there is some variation due to misconceptions about the status of stars in Commonwealth-style rank insignia
. The rest of the uniform is identical to that of a Rear-Admiral.

Historically, Commodore was an appointment conferred on senior Captains and was split into two grades, Commodores First and Second Class. Typically a Commodore would command a number of ships, for example a destroyer squadron. A Commodore Second Class would command their own ship as well as the formation while a Commodore First Class would have a Flag Captain
Flag captain
In the Royal Navy, a flag captain was the captain of an admiral's flagship. During the 18th and 19th centuries, this ship might also have a "captain of the fleet", who would be ranked between the admiral and the "flag captain" as the ship's "First Captain", with the "flag captain" as the ship's...
to run his ship.

Commodores First Class, while wearing the sleeve stripes of a Rear-Admiral, had gold lace-covered epaulette
Epaulette
Epaulette is a type of ornamental shoulder piece or decoration used as insignia of rank by armed forces and other organizations.Epaulettes are fastened to the shoulder by a shoulder strap or "passant", a small strap parallel to the shoulder seam, and the button near the collar, or by laces on the...
s with a crown, two stars and an anchor (also worn by other Commodores but only with formal uniforms). They flew a swallow-tailed pennant
Pennon
A pennon was one of the principal three varieties of flags carried during the Middle Ages . Pennoncells and streamers or pendants are considered as minor varieties of this style of flag. The pennon is a flag resembling the guidon in shape, but only half the size...
with the St George's cross
St George's Cross
St George's Cross is a red cross on a white background used as a symbolic reference to Saint George. The red cross on white was associated with St George from medieval times....
, but without the disc that appeared on the pennant of a Second Class Commodore.

Commodores Second Class wore a single 1.75 inches (44.5 mm) row of lace below a ring (known in naval regulations as a curl) measuring 1.75 inches in diameter on both sleeve and shoulder-board. Their uniforms were otherwise the same as for Captains.