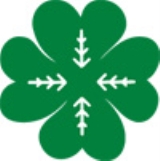 Encyclopedia
The Centre Party is a centrist
Centrism
In politics, centrism is the ideal or the practice of promoting policies that lie different from the standard political left and political right. Most commonly, this is visualized as part of the one-dimensional political spectrum of left-right politics, with centrism landing in the middle between...
and agrarian
Nordic Agrarian parties
The Nordic agrarian parties, or Nordic Centre parties, are agrarian political parties that belong to a political tradition peculiar to the Nordic countries...
political party
Political party
A political party is a political organization that typically seeks to influence government policy, usually by nominating their own candidates and trying to seat them in political office. Parties participate in electoral campaigns, educational outreach or protest actions...
in Norway
Norway
Norway , officially the Kingdom of Norway, is a Nordic unitary constitutional monarchy whose territory comprises the western portion of the Scandinavian Peninsula, Jan Mayen, and the Arctic archipelago of Svalbard and Bouvet Island. Norway has a total area of and a population of about 4.9 million...
, founded in 1920. The Centre Party's policy is not based on any of the major ideologies of the 19th and 20th century, but has a focus on maintaining decentralised economic development and political decision-making.

From its founding until 2000, the party had joined only non-socialist governments, but in 2005 changed allegiance and joined the Red-Green government. Since 1972, it has also maintained a principled opposition to Norwegian membership in the European Union
European Union
The European Union is an economic and political union of 27 independent member states which are located primarily in Europe. The EU traces its origins from the European Coal and Steel Community and the European Economic Community , formed by six countries in 1958...
.

During the eight decades since the Centre Party was created as a political faction of a Norwegian agrarian organisation, the party has changed a great deal. Only few years after the creation the party broke with its mother organisation and started developing a policy based on decentralisation
Decentralization
__FORCETOC__Decentralization or decentralisation is the process of dispersing decision-making governance closer to the people and/or citizens. It includes the dispersal of administration or governance in sectors or areas like engineering, management science, political science, political economy,...
, moving away from a single-minded agrarian policy, like that which has trapped many other European Centre Parties' conduct.

The 1930s have in the post-war era been seen as a controversial time in the party's history. This was as Vidkun Quisling
Vidkun Quisling
Vidkun Abraham Lauritz Jonssøn Quisling was a Norwegian politician. On 9 April 1940, with the German invasion of Norway in progress, he seized power in a Nazi-backed coup d'etat that garnered him international infamy. From 1942 to 1945 he served as Minister-President, working with the occupying...
, who later became leader of Nasjonal Samling, had been a Council of State
Council of State
The Council of State is a unique governmental body in a country or subdivision thereoff, though its nature may range from the formal name for the cabinet to a non-executive advisory body surrounding a head of state. It is sometimes regarded as the equivalent of a privy council.-Modern:*Belgian...
for the party, and later even, the Farmers' Party had been negotiating with Nasjonal Samling for a coalition government. The negotiations did however stop, and the Farmers' Party supported a Labour government. Political scientist Trond Nordby
Trond Nordby
Trond Nordby is a Norwegian historian and political scientist.He graduated with the cand.philol. degree in 1972, and took the dr.philos. degree in 1984. He worked as a research fellow and lecturer of history at the University of Oslo from 1975 to 1986...
in 2009 also said that the Farmers' Party has been given an undeservably bad reputation from this time, and that the party was not really "as dark brown as some claim".

In 1959 the party changed their name to the Norwegian Democratic Party — Democrats (Norsk Folkestyreparti - Demokratene), but soon had to change the name again due to election technicalities. In June 1959 the name was changed to the current Centre Party. This happened out of the need to attract an additional electorate with the continuing decline of the agrarian share of the population.

The Centre Party had supported only non-socialist coalition governments from 1930 to 2000, in seven governments, three of which were led by a Prime Minister from the party. By 2005 however, in the 2005 parliamentary election
Norwegian parliamentary election, 2005
Parliamentary elections were held in Norway on 12 September 2005. More than 3.4 million Norwegians were eligible for vote for the Storting, the parliament of Norway. The new Storting has 169 members, an increase of four over the 2001 election....
the party ran for government together with the Labour Party and the Socialist Left Party
Socialist Left Party (Norway)
The Socialist Left Party or SV, is a Norwegian left-wing political party. At one point one of the smallest parties in Parliament, it became the fourth-largest political party in Norway for the first time in the 2001 parliamentary election, and has been so ever since...
, as the Red-Green Coalition, with the Centre Party constituting the "green" part of the alliance. The coalition was successful in winning the majority of the seats in the Storting, and negotiations followed with the aim of forming a coalition cabinet led by the Labour Party's leader Jens Stoltenberg
Jens Stoltenberg
is a Norwegian politician, leader of the Norwegian Labour Party and the current Prime Minister of Norway. Having assumed office on 17 October 2005, Stoltenberg previously served as Prime Minister from 2000 to 2001....
. These negotiations succeeded and the Centre Party entered the Second Stoltenberg Cabinet on 17 October 2005 with four ministers. The Red-Greens were re-elected to government in the 2009 election
Norwegian parliamentary election, 2009
The 2009 parliamentary election was held in Norway on 14 September 2009. Elections in Norway are held on a Monday in September, usually the second or third Monday, as determined by the king. Early voting was possible between 10 August and 11 September 2009, while some municipalities held open...
.

In December 2010, the Centre Party changed its logo to what it called a more "natural" clover
Clover
Clover , or trefoil, is a genus of about 300 species of plants in the leguminous pea family Fabaceae. The genus has a cosmopolitan distribution; the highest diversity is found in the temperate Northern Hemisphere, but many species also occur in South America and Africa, including at high altitudes...
. Leading graphic designers were after the release critical of the new logo, calling it weak and unprofessional, and sarcastically questioned if the party had actually printed an early sketch of the logo by an error. Soon after, it was found by the media that the logo had been taken from an image which were found on several image-sharing websites, such as Photobucket
Photobucket
Photobucket is an image hosting, video hosting, slideshow creation and photo sharing website. It was founded in 2003 by Alex Welch and Darren Crystal and received funding from Trinity Ventures. It was acquired by Fox Interactive Media in 2007....
. Still, within a few days, it was also found by a botanist that the plant on the image was in fact not even a real clover, but a Common wood sorrel
Common wood sorrel
Common Wood-sorrel is a plant from the genus Oxalis, common in most of Europe and parts of Asia. The binomial name is Oxalis acetosella, because of its sour taste. In much of its range it is the only member of its genus and hence simply known as "the" wood-sorrel...
(gauksyre), even though the party says on its own website that the logo is "more like the clovers we find in nature" in contrast to their earlier logo. The party later released a statement that they would retract the new logo and return to the drawing board.