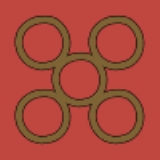 Encyclopedia
The British 32nd Division was a New Army division
Division (military)
A division is a large military unit or formation usually consisting of between 10,000 and 20,000 soldiers. In most armies, a division is composed of several regiments or brigades, and in turn several divisions typically make up a corps...
that was originally made up of battalions raised by public subscription or private patronage. The division was taken over by the British War Office
War Office
The War Office was a department of the British Government, responsible for the administration of the British Army between the 17th century and 1964, when its functions were transferred to the Ministry of Defence...
in September 1915. It served in France on the Western Front for the duration of the First World War
World War I
World War I , which was predominantly called the World War or the Great War from its occurrence until 1939, and the First World War or World War I thereafter, was a major war centred in Europe that began on 28 July 1914 and lasted until 11 November 1918...
.

The division's insignia was four 'eights' arranged in an 'X' shape.

The brigade moved to the 5th Division in December 1915, swapping with the 14th Brigade.

The brigade joined from the 5th Division in December 1915, swapping with the 95 Brigade.