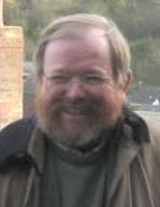 Overview
William McGuire "Bill" Bryson, OBE
Order of the British Empire
The Most Excellent Order of the British Empire is an order of chivalry established on 4 June 1917 by George V of the United Kingdom. The Order comprises five classes in civil and military divisions...
, (born December 8, 1951) is a best-selling American author of humorous books on travel, as well as books on the English language and on science. Born an American, he was a resident of Britain for most of his adult life before moving back to the US in 1995. In 2003 Bryson moved back to Britain, living in the old rectory of Wramplingham
Wramplingham
Wramplingham is a village and civil parish in the English county of Norfolk. It is situated on the River Tiffey some north of Wymondham and west of Norwich....
, Norfolk, and was appointed Chancellor of Durham University
Durham University
The University of Durham, commonly known as Durham University, is a university in Durham, England. It was founded by Act of Parliament in 1832 and granted a Royal Charter in 1837...
.
Bill Bryson was born in Des Moines, Iowa
Des Moines, Iowa
Des Moines is the capital and the most populous city in the US state of Iowa. It is also the county seat of Polk County. A small portion of the city extends into Warren County. It was incorporated on September 22, 1851, as Fort Des Moines which was shortened to "Des Moines" in 1857...
, the son of William and Mary Bryson.

My father liked Iowa. He lived his whole life in the state, and is even now working his way through eternity there, in Glendale Cemetery in Des Moines.

I had to calm down because a state trooper pulled up alongside me at a traffic light and began looking at me with that sort of casual disdain you often get when you give a dangerously stupid person a gun and a squad car.

I assume he was descended from apes like all the rest of us, but clearly in his case it had been a fairly gentle slope.

I watched a rerun on television of a 1960s comedy programme called "Mr Ed", which was about a talking horse. Judging by the quality of the jokes, I would guess that Mr Ed wrote his own material.

Just down the road stood a little town, which I shall call Dullard lest the people recognize themselves and take me to court or come to my house and batter me with baseball bats.

A sign in the yard of a church next door said CHRIST IS THE ANSWER. (The question, of course, is: What do you say when you strike your thumb with a hammer?)

I mused for a few moments on the question of which was worse, to lead a life so boring that you are easily enchanted or a life so full of stimulus that you are easily bored. But then it occurred to me that musing is a pointless waste of anyone's time, and instead I went off to see if I could find a Baby Ruth candy bar, a far more profitable exercise.

For forty years or so this was the world headquarters of conspicuous consumption.

Much of the tablecloth was a series of grey smudges outlined in a large, irregular patch of yellow that looked distressingly like a urine stain.