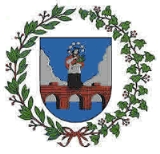 Encyclopedia
Anykščiai is a ski resort
Ski resort
A ski resort is a resort developed for skiing and other winter sports. In Europe a ski resort is a town or village in a ski area - a mountainous area, where there are ski trails and supporting services such as hotels and other accommodation, restaurants, equipment rental and a ski lift system...
town in Lithuania
Lithuania
Lithuania , officially the Republic of Lithuania is a country in Northern Europe, the biggest of the three Baltic states. It is situated along the southeastern shore of the Baltic Sea, whereby to the west lie Sweden and Denmark...
, 20 miles west of Utena
Utena, Lithuania
Utena is a city in north-east Lithuania. It is the administrative center of Utena district and Utena County. Utena is one of the oldest settlements of Lithuania. The name of the city is most probably derived from a hydronym. The name of the settlement has been known since 1261.Utena is an...
. The Roman Catholic Church of St. Matthias in Anykščiai is the tallest church in Lithuania, with spires measuring 79 meters in height.

The city has a football club FK Anykščiai.

Anykščiai is the Lithuanian
Lithuanian language
Lithuanian is the official state language of Lithuania and is recognized as one of the official languages of the European Union. There are about 2.96 million native Lithuanian speakers in Lithuania and about 170,000 abroad. Lithuanian is a Baltic language, closely related to Latvian, although they...
name of the town. Versions of the name in other languages include Polish
Polish language
Polish is a language of the Lechitic subgroup of West Slavic languages, used throughout Poland and by Polish minorities in other countries...
: Onikszty, Russian
Russian language
Russian is a Slavic language used primarily in Russia, Belarus, Uzbekistan, Kazakhstan, Tajikistan and Kyrgyzstan. It is an unofficial but widely spoken language in Ukraine, Moldova, Latvia, Turkmenistan and Estonia and, to a lesser extent, the other countries that were once constituent republics...
: Они́кшты Onikshty, Belarusian
Belarusian language
The Belarusian language , sometimes referred to as White Russian or White Ruthenian, is the language of the Belarusian people...
: Ані́кшты Anikshty, Yiddish: אַניקשט Aniksht, German
German language
German is a West Germanic language, related to and classified alongside English and Dutch. With an estimated 90 – 98 million native speakers, German is one of the world's major languages and is the most widely-spoken first language in the European Union....
: Onikschten, Latvian
Latvian language
Latvian is the official state language of Latvia. It is also sometimes referred to as Lettish. There are about 1.4 million native Latvian speakers in Latvia and about 150,000 abroad. The Latvian language has a relatively large number of non-native speakers, atypical for a small language...
: Anīkšči.

Archeological research in the area has revealed settlements dating from the late Neolithic
Neolithic
The Neolithic Age, Era, or Period, or New Stone Age, was a period in the development of human technology, beginning about 9500 BC in some parts of the Middle East, and later in other parts of the world. It is traditionally considered as the last part of the Stone Age...
. Its location on the Šventoji River
Šventoji River
The Šventoji River is the longest river that flows entirely within Lithuania and the largest tributary of the Neris River. It originates from the Lake Samanis in the Gražutė Regional Park and flows into Neris near Jonava. The longest tributary of the Šventoji is the Širvinta River.The Šventoji...
, connecting it to the Baltic Sea
Baltic Sea
The Baltic Sea is a brackish mediterranean sea located in Northern Europe, from 53°N to 66°N latitude and from 20°E to 26°E longitude. It is bounded by the Scandinavian Peninsula, the mainland of Europe, and the Danish islands. It drains into the Kattegat by way of the Øresund, the Great Belt and...
via the Neris River
Neris
Neris is a river rising in Belarus, flowing through Vilnius and becoming a tributary of the Neman River at Kaunas...
and Neman River, contributed to its development. It also lay on a land route between the cities of Vilnius
Vilnius
Vilnius is the capital of Lithuania, and its largest city, with a population of 560,190 as of 2010. It is the seat of the Vilnius city municipality and of the Vilnius district municipality. It is also the capital of Vilnius County...
and Riga
Riga
Riga is the capital and largest city of Latvia. With 702,891 inhabitants Riga is the largest city of the Baltic states, one of the largest cities in Northern Europe and home to more than one third of Latvia's population. The city is an important seaport and a major industrial, commercial,...
. Its strategic importance led to frequent assaults by the Teutonic Order. The first written mention of the town dates to 1442; its first appearance on a map is tentatively dated to about 1578.

Wool
Wool
Wool is the textile fiber obtained from sheep and certain other animals, including cashmere from goats, mohair from goats, qiviut from muskoxen, vicuña, alpaca, camel from animals in the camel family, and angora from rabbits....
processing facilities, a winery
Winery
A winery is a building or property that produces wine, or a business involved in the production of wine, such as a wine company. Some wine companies own many wineries. Besides wine making equipment, larger wineries may also feature warehouses, bottling lines, laboratories, and large expanses of...
, and Lithuanian and Jewish schools were established after World War I
World War I
World War I , which was predominantly called the World War or the Great War from its occurrence until 1939, and the First World War or World War I thereafter, was a major war centred in Europe that began on 28 July 1914 and lasted until 11 November 1918...
. Its population reached about 4,000. During World War II
World War II
World War II, or the Second World War , was a global conflict lasting from 1939 to 1945, involving most of the world's nations—including all of the great powers—eventually forming two opposing military alliances: the Allies and the Axis...
its bridges and city center were destroyed and many of its residents executed.

Prior to Lithuania re-establishing its independence after World War I
World War I
World War I , which was predominantly called the World War or the Great War from its occurrence until 1939, and the First World War or World War I thereafter, was a major war centred in Europe that began on 28 July 1914 and lasted until 11 November 1918...
, Anykščiai was part of the Kovno Governorate
Kovno Governorate
The Kovno Governorate or Government of Kovno was a governorate of the Russian Empire. Its capital was Kovno . It was formed on 18 December 1842 by tsar Nicholas I from the western part of the Vilna Governorate, and the order was carried out on 1 July 1843. It used to be a part of Northwestern Krai...
of the Russian Empire
Russian Empire
The Russian Empire was a state that existed from 1721 until the Russian Revolution of 1917. It was the successor to the Tsardom of Russia and the predecessor of the Soviet Union...
. A shtetl
Shtetl
A shtetl was typically a small town with a large Jewish population in Central and Eastern Europe until The Holocaust. Shtetls were mainly found in the areas which constituted the 19th century Pale of Settlement in the Russian Empire, the Congress Kingdom of Poland, Galicia and Romania...
existed within the town (/Aniksht), with a Jewish population of 2754, in 1900.