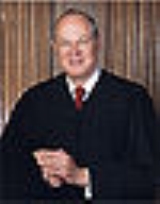 Sometimes you don't know if you're Caesar about to cross the Rubicon or Captain Queeg cutting your own tow line.

In the federal confirmation process, a standard question from the judiciary committee is, "Well, if you're confirmed will you legislate?" And, with a look of horror, the nominee says, "Oh, I won't legislate." Well, what about the law of contract and tort; where do they think it came from, the stork?

Our system presumes that there are certain principles that are more important than the temper of the times. And you must have a judge who is detached, who is independent, who is fair, who is committed only to those principles, and not public pressures of other sort.