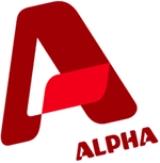 Encyclopedia
Alpha TV is a Greek
Greece
Greece , officially the Hellenic Republic , and historically Hellas or the Republic of Greece in English, is a country in southeastern Europe....
terrestrial channel (prior to 2000: ΣΚΑΪ, the Greek spelling of Sky
Sky
The sky is the part of the atmosphere or outer space visible from the surface of any astronomical object. It is difficult to define precisely for several reasons. During daylight, the sky of Earth has the appearance of a pale blue surface because the air scatters the sunlight. The sky is sometimes...
). The station features a mix of Greek and foreign shows with an emphasis on entertainment programs. The studios are located near Athens
Athens
Athens , is the capital and largest city of Greece. Athens dominates the Attica region and is one of the world's oldest cities, as its recorded history spans around 3,400 years. Classical Athens was a powerful city-state...
. Alpha TV is owned by Luxembourg media giant RTL Group
RTL Group
RTL Group is Europe's largest TV, radio and production company, and is majority-owned by German media conglomerate Bertelsmann. It has 45 television and 32 radio stations in 11 countries...
; previous owner Dimitris Kontominas sold majority share in the channel to RTL Group in 2008.

In Cyprus
Cyprus
Cyprus , officially the Republic of Cyprus , is a Eurasian island country, member of the European Union, in the Eastern Mediterranean, east of Greece, south of Turkey, west of Syria and north of Egypt. It is the third largest island in the Mediterranean Sea.The earliest known human activity on the...
private broadcaster Sigma TV
Sigma TV
Sigma TV is a commercial network in Cyprus that commenced broadcasting on April 3, 1995. It is a private service and is currently the second-rated channel in Cyprus. Sigma TV is geared at a younger audience, with the focus on the 18-45 age group. It broadcasts a mix of original programmes as...
broadcasts a number of Alpha TV's programs. In the past, public service broadcaster CyBC
Cyprus Broadcasting Corporation
The Cyprus Broadcasting Corporation ) or CyBC is Cyprus's public broadcasting service, transmitting island-wide on four radio and two television channels. CyBC is a non-profit organization that utilises its entire income for the promotion of its main mission, which is the objective provision of...
used to broadcast Alpha TV programs.

In September 2008, Dimitris Kontominas sold a majority share (66.6%) of Alpha TV and Alpha Radio to Luxembourg media company RTL Group
RTL Group
RTL Group is Europe's largest TV, radio and production company, and is majority-owned by German media conglomerate Bertelsmann. It has 45 television and 32 radio stations in 11 countries...
. Kontominas will continue to be involved with Alpha as he still owns 33.4% and has been named president of the new holding company called Alpha Media Group. http://www.satleo.gr/content/view/731/1/

In March 2009 the company made significant changes to the news programming output. The afternoon news show has been cut to 15 minutes in duration and now airs at 13:00. The main evening news has also moved from the highly competitive slot of 20:00 and instead broadcasts at 19:00.

Alpha Sat is the international service of Alpha TV that broadcasts 'the best of Alpha' to audiences in Asia, Africa, Australia / New Zealand and North America. Alpha Sat launched in Australia in August 2005 and in 2008 in New Zealand and is available via UBI World TV
UBI World TV
UBI World TV is an Australian digital satellite pay television service that broadcasts predominantly ethnic channels. It launched in late 2004 and currently offers over 80 channels in its lineup from over 20 countries in over 12 languages.The company also provides entertainment and information...
.