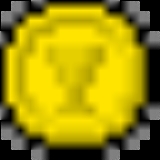 Encyclopedia
The 2008 Men's European Water Polo Championship
European Water Polo Championship
The European Water Polo Championship is a sport competition for national water polo teams, currently held biannually and organized by the Ligue Européenne de Natation , the governing European aquatics federation. There are both men's and women's competitions.The first European Water Polo...
was the 28th edition of the bi-annual event, organised by the Europe's governing body in aquatics, the Ligue Européenne de Natation
Ligue Européenne de Natation
Ligue Européenne de Natation or LEN is the European governing body for aquatic sports affiliated to FINA—it is the Continental Association for Europe. It was founded in 1927 in Bologna, Italy....
. The event took place in the Aquatic Centre Málaga in Málaga
Málaga
Málaga is a city and a municipality in the Autonomous Community of Andalusia, Spain. With a population of 568,507 in 2010, it is the second most populous city of Andalusia and the sixth largest in Spain. This is the southernmost large city in Europe...
, Spain
Spain
Spain , officially the Kingdom of Spain languages]] under the European Charter for Regional or Minority Languages. In each of these, Spain's official name is as follows:;;;;;;), is a country and member state of the European Union located in southwestern Europe on the Iberian Peninsula...
from July 4 to July 13, 2008. The gold medal was won by Montenegro
Montenegro
Montenegro Montenegrin: Crna Gora Црна Гора , meaning "Black Mountain") is a country located in Southeastern Europe. It has a coast on the Adriatic Sea to the south-west and is bordered by Croatia to the west, Bosnia and Herzegovina to the northwest, Serbia to the northeast and Albania to the...
, the silver medal by Serbia
Serbia
Serbia , officially the Republic of Serbia , is a landlocked country located at the crossroads of Central and Southeast Europe, covering the southern part of the Carpathian basin and the central part of the Balkans...
and the bronze medal by Hungary
Hungary
Hungary , officially the Republic of Hungary , is a landlocked country in Central Europe. It is situated in the Carpathian Basin and is bordered by Slovakia to the north, Ukraine and Romania to the east, Serbia and Croatia to the south, Slovenia to the southwest and Austria to the west. The...
.