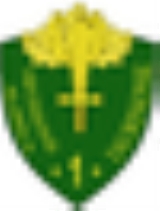 Encyclopedia
The 1st Alpine Division Taurinense was a World War II
World War II
World War II, or the Second World War , was a global conflict lasting from 1939 to 1945, involving most of the world's nations—including all of the great powers—eventually forming two opposing military alliances: the Allies and the Axis...
light Infantry
Light infantry
Traditionally light infantry were soldiers whose job was to provide a skirmishing screen ahead of the main body of infantry, harassing and delaying the enemy advance. Light infantry was distinct from medium, heavy or line infantry. Heavy infantry were dedicated primarily to fighting in tight...
division
Division (military)
A division is a large military unit or formation usually consisting of between 10,000 and 20,000 soldiers. In most armies, a division is composed of several regiments or brigades, and in turn several divisions typically make up a corps...
of the Italian Army which specialised in Mountain Combat
Mountain warfare
Mountain warfare refers to warfare in the mountains or similarly rough terrain. This type of warfare is also called Alpine warfare, named after the Alps mountains...
. The Alpini
Alpini
The Alpini, , are the elite mountain warfare soldiers of the Italian Army. They are currently organized in two operational brigades, which are subordinated to the Alpini Corps Command. The singular is Alpino ....
that formed the divisions are a highly decorated and elite mountain corps of the Italian Army
Italian Army
The Italian Army is the ground defence force of the Italian Armed Forces. It is all-volunteer force of active-duty personnel, numbering 108,355 in 2010. Its best-known combat vehicles are the Dardo infantry fighting vehicle, the Centauro tank destroyer and the Ariete tank, and among its aircraft...
consisting of both infantry and artillery units. Today, the traditions and name of the 1st Alpine Division Taurinense are carried on by the Alpine Brigade Taurinense
Alpine Brigade Taurinense
The Alpine Brigade Taurinense is a light Infantry brigade of the Italian Army, specializing in Mountain Combat. Its core units are the Alpini, the mountain infantry corps of the Italian Army, that distinguished itself in combat during World War I and World War II.The brigade’s name "Taurinense"...
.

The Taurinense division was constituted on 10 September 1935 through the reorganization of the existing 1st Superior Alpini Command. The headquarters of the division was in the city of Turin
Turin
Turin is a city and major business and cultural centre in northern Italy, capital of the Piedmont region, located mainly on the left bank of the Po River and surrounded by the Alpine arch. The population of the city proper is 909,193 while the population of the urban area is estimated by Eurostat...
and the majority of its soldiers were drafted from the surrounding valleys
Province of Turin
The Province of Turin is a province in the Piedmont region of Italy. Its capital is the city of Turin.It has an area of 6,830 km², and a total population of 2,277,686 . There are 315 comuni in the province – the most of any province in Italy...
—hence the name "Taurinense", from the Roman
Roman Empire
The Roman Empire was the post-Republican period of the ancient Roman civilization, characterised by an autocratic form of government and large territorial holdings in Europe and around the Mediterranean....
name of the city of Turin Augusta Taurinorum.

When Italy decided to invade Ethiopia
Second Italo-Abyssinian War
The Second Italo–Abyssinian War was a colonial war that started in October 1935 and ended in May 1936. The war was fought between the armed forces of the Kingdom of Italy and the armed forces of the Ethiopian Empire...
in 1935, the Exilles and Intra battalions and two artillery batteries from each of the divisions were attached to the 5 Alpine Division Pusteria
5 Alpine Division Pusteria
The 5th Alpini Division Pusteria was a light Infantry division of the Italian Army, specializing in Mountain Combat. The Alpini are a mountain infantry corps of the Italian Army, that distinguished itself in combat during World War I and World War II...
and sent to Eritrea
Eritrea
Eritrea , officially the State of Eritrea, is a country in the Horn of Africa. Eritrea derives it's name from the Greek word Erethria, meaning 'red land'. The capital is Asmara. It is bordered by Sudan in the west, Ethiopia in the south, and Djibouti in the southeast...
. The detached units returned to the Taurinense after the Pusteria's return to Italy in 1937.

From 10 June to 24 June 1940 the division advanced with other Italian units into Southern France
Battle of France
In the Second World War, the Battle of France was the German invasion of France and the Low Countries, beginning on 10 May 1940, which ended the Phoney War. The battle consisted of two main operations. In the first, Fall Gelb , German armoured units pushed through the Ardennes, to cut off and...
and occupied Bourg-Saint-Maurice
Bourg-Saint-Maurice
Bourg-Saint-Maurice, popularly known as Bourg, is a commune in the Savoie department in the Rhône-Alpes region in south-eastern France.It is the last large town along the Tarentaise valley in the heart of the French Alps.-History:...
, where it was garrisoned after the end of hostilities. It remained in France until January 1942, at which point it was sent to Mostar
Mostar
Mostar is a city and municipality in Bosnia and Herzegovina, the largest and one of the most important cities in the Herzegovina region and the center of the Herzegovina-Neretva Canton of the Federation. Mostar is situated on the Neretva river and is the fifth-largest city in the country...
in the Independent State of Croatia
Independent State of Croatia
The Independent State of Croatia was a World War II puppet state of Nazi Germany, established on a part of Axis-occupied Yugoslavia. The NDH was founded on 10 April 1941, after the invasion of Yugoslavia by the Axis powers. All of Bosnia and Herzegovina was annexed to NDH, together with some parts...
to take part in anti-partisan operations.

After arriving in Mostar, the division was placed under the command of the Italian XIV Army Corps and participated in the third Axis anti-Partisan offensive
Third anti-partisan offensive
The Third anti-Partisan Offensive or Third Enemy Offensive was a battle during World War II between the Yugoslav Partisans on one side, German, Italian, and Independent State of Croatia forces on the second and Chetnik forces on the third side...
on the Yugoslavian Front. The division captured Trnovo
Trnovo
Trnovo may refer to:*In Bosnia and Herzegovina:**Trnovo, Republika Srpska, a town and municipality**Trnovo, Federation of Bosnia and Herzegovina, the rural part of the same pre-war municipality, presently in the Sarajevo Canton*In Bulgaria:...
, and also reached and blocked Kalinovik
Kalinovik
Kalinovik is a town and municipality in the Republika Srpska entity of Bosnia and Herzegovina.Kalinovik is located about 40 kilometres south of Sarajevo, in the middle of one of the karstic landscapes characteristic of the region...
where it made contact with elements of the 22 Infantry Division Cacciatori delle Alpi
22 Infantry Division Cacciatori delle Alpi
The 22 Infantry Division Cacciatori delle Alpi was a Infantry Division of the Italian Army during World War II. The Cacciatori delle Alpi was mobilized for war in June 1939, and as part of the Italian 1st Army took part in the Italian invasion of France. It then took part in the Greco-Italian War...
; but, overall, the offensive was a failure.

In August 1942 the division was sent to Montenegro. A year later the division took part in the fifth Axis anti-Partisan offensive, but did not complete its objectives there either. After the signing of the armistice between Italy and the Allied armed forces on 3 September 1943 and after the German invasion of Italy on 8 September, the division dislocated around the Bay of Kotor
Bay of Kotor
The Bay of Kotor in south-western Montenegro is a winding bay on the Adriatic Sea. The bay, sometimes called Europe's southernmost fjord, is in fact a submerged river canyon of the disintegrated Bokelj River which used to run from the high mountain plateaus of Mount Orjen...
surrendered to German forces and was subsequently dissolved. However, some of its units (mainly the Ivrea battalion and Aosta artillery group) refused to surrender and with other Italian units stationed in the Balkans formed the Italian Partisan Division Garibaldi
Giuseppe Garibaldi
Giuseppe Garibaldi was an Italian military and political figure. In his twenties, he joined the Carbonari Italian patriot revolutionaries, and fled Italy after a failed insurrection. Garibaldi took part in the War of the Farrapos and the Uruguayan Civil War leading the Italian Legion, and...
—fighting now under command of the II Yugoslav partisan Corps against the German Forces
Wehrmacht
The Wehrmacht – from , to defend and , the might/power) were the unified armed forces of Nazi Germany from 1935 to 1945. It consisted of the Heer , the Kriegsmarine and the Luftwaffe .-Origin and use of the term:...
.
The source of this article is wikipedia, the free encyclopedia.  The text of this article is licensed under the GFDL.