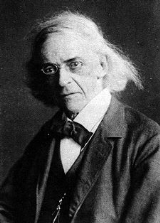 Quotations
Christian Matthias Theodor Mommsen (30 November 1817 – 1 November 1903) was a German classical scholar, jurist and historian, generally regarded as the greatest classicist of the 19th century. He received the Nobel Prize in Literature in 1902, and was also a prominent German politician, as a member of the Prussian and German parliaments.