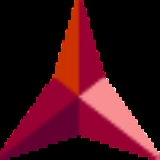 The XV International Brigade fought for the Spanish Second Republic in the Spanish Civil War
Spanish Civil War
The Spanish Civil WarAlso known as The Crusade among Nationalists, the Fourth Carlist War among Carlists, and The Rebellion or Uprising among Republicans. was a major conflict fought in Spain from 17 July 1936 to 1 April 1939...
as a part of the International Brigades
International Brigades
The International Brigades were military units made up of volunteers from different countries, who traveled to Spain to defend the Second Spanish Republic in the Spanish Civil War between 1936 and 1939....
. It was mustered at Albacete
Albacete
Albacete is a city and municipality in southeastern Spain, 258 km southeast of Madrid, the capital of the province of Albacete in the autonomous community of Castile-La Mancha. The municipality had a population of c. 169,700 in 2009....
in Spain, in January 1937, comprising many English-speaking volunteers - arranged into a mostly British British Battalion
British Battalion
The British Battalion was the 16th battalion of the International Brigades during the Spanish Civil War.- Early volunteers :A number of British volunteers, including Tom Wintringham and Nat Cohen, arrived in Spain during August-September 1936 and formed the Tom Mann Centuria - a rifle company in...
and a mostly North American Lincoln Battalion. It also included two non-English-speaking battalions, the Balkan Dimitrov Battalion
Dimitrov Battalion
The Dimitrov Battalion was part of the International Brigades during the Spanish Civil War. It was the 18th battalion formed, and was named after Georgi Dimitrov, a Bulgarian communist and General Secretary of the Comintern in that period....
and the Franco-Belgian Sixth February Battalion. It fought at Jarama
Jarama
Jarama is a river in central Spain. It flows north to south, and passes east of Madrid when El Atazar Dam is built on a tributary, the Lozoya River. It flows into the river Tagus in Aranjuez...
, Brunete
Brunete
Brunete is a town outside Madrid, Spain. There was a major battle fought there during the Spanish Civil War. The battle, while a stalemate, was seen as a tactical victory for the Spanish Nationalist Forces. Francisco Franco is known to have gone hunting there during his rule.It is located...
, Boadilla, Belchite
Belchite
Belchite is a village in the province of Zaragoza, Spain, about 40 km southeast of Zaragoza. It is the capital of Campo de Belchite comarca and is located in a plain surrounded by low hills, the highest of which is Lobo...
, Fuentes de Ebro
Fuentes de Ebro
Fuentes de Ebro is a municipality in the province of Zaragoza, Aragon, Spain. According to the 2005 census , the municipality has a population of 4,086 inhabitants....
, Teruel
Teruel
Teruel is a town in Aragon, eastern Spain, and the capital of Teruel Province. It has a population of 34,240 in 2006 making it one of the least populated provincial capitals in the country...
and El Ebro.
The brigade's songs were "Jarama Valley
Jarama Valley (song)
This song from the Second Spanish Republic is also known as Jarama Valley and El Valle del Jarama. The tune is Red River Valley.It refers to the Battle of Jarama, a Spanish Civil War battle. The battle was fought from 6–27 February 1937, in the Jarama river valley a few kilometres east of Madrid...
" and ""Viva la Quinta Brigada"
Ay Carmela
The lyrics to this Republican song, which is also known as El Paso del Ebro and Viva la XV Brigada, date from the Spanish Civil War. The melody, however, is a folk tune of far greater antiquity, dating back to the early 19th century. For comparative purposes, the links are: , , and -Lyrics:...
.

The XVth Brigade first fought at the Battle of Jarama
Battle of Jarama
The Battle of Jarama was an attempt by General Franco's Nationalists to dislodge the Republican lines along the river Jarama, just east of Madrid, during the Spanish Civil War...
in February 1937 and suffered many casualties. The British lost 225 men from 600; the Lincolns 120 from 500. After the battle, the brigade was seriously understrength.

At the end of March, a Spanish battalion, Voluntario 24 (the 24th Volunteers), joined the brigade. Over the next few months, under the close supervision of Janos Galicz
Janos Galicz
Janos Galicz, better known as "General Gal", was a brigade and division commander during the Spanish Civil War....
, the brigade was re-organised into two regiments of about 1,200 men. He appointed "the gallant major", George Nathan
George Nathan
George Montague Nathan was a British volunteer in the International Brigades in Spain. He initially commanded the British Company of the otherwise French Marseillaise Battalion but was appointed battalion commander in early 1937 following the execution of his predecessor for espionage.He later...
, as brigade Chief of Staff.

The first regiment, commanded by Jock Cunningham
Jock Cunningham
Jock Cunningham was a British volunteer in the International Brigades in the Spanish Civil War. He became a battalion and brigade commander....
, with Harry Haywood
Harry Haywood
Harry Haywood was a leading figure in both the Communist Party of the United States and the Communist Party of the Soviet Union . He contributed major theory to Marxist thinking on the national question of African Americans in the United States...
as political commissar, was English-speaking and comprised the depleted British and Lincolns; as well as the recently formed but understrength second battalion of American volunteers, the George Washington Battalion. The second regiment was commanded by Major "Chapaiev" (Miklos Szalway) and consisted of the Dimitrov Battalion, the Sixth February Battalion and the Volontario 24 Battalion.

This was the composition in July 1937 for the Battle of Brunete
Battle of Brunete
The Battle of Brunete , fought 15 miles west of Madrid, was a Republican attempt to alleviate the pressure exerted by the Nationalists on the capital and on the north during the Spanish Civil War...
. As with the Battle of Jarama, the brigade suffered huge casualties; the brigade strength was reduced from six to four battalions. In particular, the two American battalions were so depleted that they merged to form the Lincoln-Washington Battalion (This name did not last: it was re-named the 'Lincoln' Battalion in October 1937.) The 6th February, which also suffered severe casualties, was transferred after Brunete. After Belchite the nominally Canadian Mackenzie-Papineau Battalion
Mackenzie-Papineau Battalion
The Mackenzie–Papineau Battalion or Mac-Paps were a battalion of Canadians who fought as part of the XV International Brigade on the Republican side in the Spanish Civil War. Except for France, no other country gave a greater proportion of its population as volunteers in Spain than Canada. The...
, joined the brigade while the Dimitrov Battalion departed.

During the fall of 1937 the units of the International Brigade were integrated into the Spanish Popular Army and the Battalions were re-numbered. The British Bn became the 57th, the Lincoln-Washington the 58th, the Spanish (formerly known as the 24th), became the 59th and the Mackenzie-Papineau the 60th. The battalion line-up remained stable through the withdrawal of the Internationals during the Ebro Campaign.