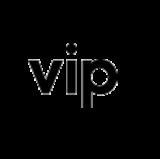 Encyclopedia
Vip mobile is the third Serbia
Serbia
Serbia , officially the Republic of Serbia , is a landlocked country located at the crossroads of Central and Southeast Europe, covering the southern part of the Carpathian basin and the central part of the Balkans...
n mobile network operator
Mobile network operator
A mobile network operator , also known as mobile phone operator , carrier service provider , wireless service provider, wireless carrier, or cellular company, or mobile network carrier is a telephone company that provides services for mobile phone subscribers.One essential...
and a member of mobilkom Austria
Mobilkom Austria
Mobilkom Austria is a major Austrian mobile network operator. It has been operating commercially since 1994 and in testing since 1992.One of the most well-known commercial brand is A1 in Austria.The Mobilkom Austria group also owns:...
group. It is the exclusive strategic partner of Vodafone
Vodafone
Vodafone Group Plc is a global telecommunications company headquartered in London, United Kingdom. It is the world's largest mobile telecommunications company measured by revenues and the world's second-largest measured by subscribers , with around 341 million proportionate subscribers as of...
in Serbia.

According to the annual financial report submitted to Serbian Economic Register Agency for the calendar year 2007, the company had 341 employees and it posted an annual loss of RSD
Serbian dinar
The dinar is the currency of Serbia. An earlier currency also called dinar was used in Serbia between 1868 and 1918. The earliest use of the dinar date to 1214. Today's Serbian dinar is a continuation of the last Yugoslav dinar...
5,792,465,000 (approximately €
Euro
The euro is the official currency of the eurozone: 17 of the 27 member states of the European Union. It is also the currency used by the Institutions of the European Union. The eurozone consists of Austria, Belgium, Cyprus, Estonia, Finland, France, Germany, Greece, Ireland, Italy, Luxembourg,...
72.4 million at the time). For the following calendar year, 2008, the annual loss increased to RSD12,129,560,000 (approximately €130.4 with exchange rate €1 = RSD93) as well as the number of employees that rose to 530.

As of November 2008, Vip mobile held 7.9% of the Serbian mobile telephony market.

On December 1, 2006, the mobilkom Austria group became the owner of the third mobile telephone licence in Serbia for GSM 900/1800 and UMTS networks, through a payment of €320 million. The license was legally transferred to Vip mobile.

Considering the great potential of the Serbian telecommunications market, the mobilkom Austria group has planned to invest up to € 570 million in its first four years of operations, including the €
Euro sign
The euro sign is the currency sign used for the euro, the official currency of the Eurozone in the European Union . The design was presented to the public by the European Commission on 12 December 1996. The international three-letter code for the euro is EUR...
320 million it spent on acquiring its operating license in Serbia in 2006. This makes Vip mobile the biggest Greenfield investment in Serbia so far.
Vip is one of the fastest start-ups of a late entrant worldwide, managing to start its operations in just six months. Vip brand was launched on June 6, 2007. Company started with commercial work in July 2007.
The company is very active in marketing campaigns. In 2008, Vip became general sponsor of Serbian national volleyball team
Serbia men's national volleyball team
The Serbia men's national volleyball team is the national team of Serbia.FIVB considers Serbia as the inheritor of the records of SFR Yugoslavia, FR Yugoslavia and Serbia and Montenegro....
.

Vip is actively building its own network, while using national roaming assigned with Telenor Srbija since 2010 (Vip subscribers are using Telenor Serbia network).

License obligations for the end of 2010 require Vip to cover 80% of territory and 90% of population with its own quality signal. So far, all requirements in terms of coverage given by the license are achieved and Vip signal is available all over Serbia.