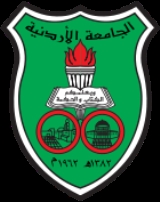 Does the university of Jordan offer a graduate studies in Medical Genetics for international students,and if so how long the period of study for PhD d...
More

What are the most recommended Medical Univesities in Jordan Kingdom ?
More

The university was established in 1962 by a royal decree in northern Amman
Amman
Amman is the capital of Jordan. It is the country's political, cultural and commercial centre and one of the oldest continuously inhabited cities in the world. The Greater Amman area has a population of 2,842,629 as of 2010. The population of Amman is expected to jump from 2.8 million to almost...
at that time. Currently the area surrounding the university is one of the metropolitan districts of Amman, and is called the University District.

The University of Jordan offers undergraduate and graduate degrees in 20 colleges (Faculties) and institutes: 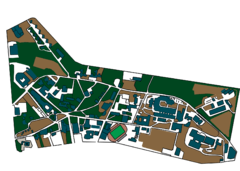 Colleges of Arts and Humanity Sciences

Directed at offering courses of Arabic language as a foreign language.

One of 10 academies in the world that regulate Arabic language and literature. The academy is considered one of the world's top references for Arabic language and Arabic literature. The main publication of the academy is the biannual journal "The Journal of Jordan Academy of Arabic" (ISSN: 0258-1094), as well as many dictionaries and other publications.

Established in 1982, it provides support for researchers on Islamic studies, it also organizes courses and seminars for Islamic history and literature scholars.

Established in 1972 to promote the study of Arabic and Islamic heritage, and to provide researchers with original and primary sources. The CDM library boasts 31,000 manuscripts.

The objective of the establishment of the center is to provide research in water management and environment on the regional and international level.


The center was established in 1998 aiming to perform political and economical studies on the national and regional level. The center also performs polls with high levels of accuracy. The center occasionally performs studies for Aljazeera.

The University research facilities contain collections of historic documents and manuscripts as well as fossil remains that are considered to be of valuable importance for the scientific community, "to provide primary and secondary sources for researchers", among which are the world's only discovered fossil bones of the Arambourgiania Dinasoaurs
Arambourgiania
Arambourgiania is a pterosaur from the Late Cretaceous of Jordan. It was one of the largest members of this group.In the early forties, a railway worker during repairs on the Amman-Damascus railroad near Russeifa found a two feet long fossil bone...
. 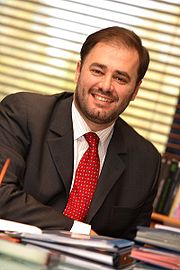 According to Nature
Nature
Nature, in the broadest sense, is equivalent to the natural world, physical world, or material world. "Nature" refers to the phenomena of the physical world, and also to life in general...
Journal, Jordan
Jordan
Jordan , officially the Hashemite Kingdom of Jordan , Al-Mamlaka al-Urduniyya al-Hashemiyya) is a kingdom on the East Bank of the River Jordan. The country borders Saudi Arabia to the east and south-east, Iraq to the north-east, Syria to the north and the West Bank and Israel to the west, sharing...
has the highest number of researchers per million people in the Arab World
Arab world
The Arab world refers to Arabic-speaking states, territories and populations in North Africa, Western Asia and elsewhere.The standard definition of the Arab world comprises the 22 states and territories of the Arab League stretching from the Atlantic Ocean in the west to the Arabian Sea in the...
, and the 30th world wide. In its objective to promote scientific research, the Jordanian Ministry of Higher Education and Scientific Research
Ministry of Higher Education and Scientific Research (Jordan)
The Ministry of Higher Education and Scientific Research is the government body that is responsible for maintaining and implementing government policies in higher education in Jordan...
established collaboration with the University of Jordan Deanship of Academic Research in the early 1990s to publish several internationally peer-reviewed scientific journals on the highest standards in applied and social sciences as well as medical and pharmaceutical sciences. These journals are:

The University of Jordan Press issues the internationally peer-reviewed Dirasat Journal series, and several other journals in Arabic literature
Arabic literature
Arabic literature is the writing produced, both prose and poetry, by writers in the Arabic language. The Arabic word used for literature is adab which is derived from a meaning of etiquette, and implies politeness, culture and enrichment....
, Arabic and Middle East
Middle East
The Middle East is a region that encompasses Western Asia and Northern Africa. It is often used as a synonym for Near East, in opposition to Far East...
ern history, and regional culture:

The University of Jordan Student Union is the University's student body, a student council of 80 members is elected annually, It acts as a liaison between the students and the university administration on matters of major concern to students. It also publishes the student monthly Sawt al-Talaba (The Students' Voice), the annual Student Guidebook, and the University Yearbook.

Graduates from UJ have attained positions in many fields in many countries including government, science, business, literature, and military.

Some notable alumni are: