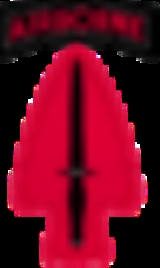 The United States Army Special Operations is a Special Operations Force (SOF) of the United States Army tasked with five primary missions: unconventional warfare, foreign internal defense, special reconnaissance, direct action, and counter-terrorism. These missions make Special Forces unique in the U.S. military, because they are employed throughout the three stages of the operational continuum: peacetime, conflict and war.

Foreign Internal Defense operations, SF's main peacetime mission, are designed to help friendly developing nations by working with their military and police forces to improve their technical skills, understanding of human rights issues, and to help with humanitarian and civic action projects.

The 75th Ranger Regiment, composed of three Ranger battalions, is the premier light infantry unit of the United States Army. Headquartered at Fort Benning
Fort Benning
Fort Benning is a United States Army post located southeast of the city of Columbus in Muscogee and Chattahoochee counties in Georgia and Russell County, Alabama...
, Georgia
Georgia (U.S. state)
Georgia is a state located in the southeastern United States. It was established in 1732, the last of the original Thirteen Colonies. The state is named after King George II of Great Britain. Georgia was the fourth state to ratify the United States Constitution, on January 2, 1788...
, the 75th Ranger Regiment’s mission is to plan and conduct special missions in support of U.S. policy and objectives. The three Ranger and one special troops battalions that comprise the 75th Ranger Regiment are geographically dispersed. Their locations are:


The Army maintains the Regiment at a high level of readiness. Each battalion can deploy anywhere in the world with 18 hours notice. Because of the importance the Army places on the 75th Ranger Regiment, it must possess a number of capabilities. These capabilities include:


To maintain readiness, Rangers train constantly. Their training encompasses Arctic, jungle, desert, and mountain operations, as well as amphibious instruction. The training philosophy of the 75th Ranger Regiment dictates the unit's' high state of readiness. The philosophy includes performance-oriented training emphasizing tough standards and a focus on realism and live-fire exercises, while concentrating on the basics and safety. Training at night, during adverse weather, or on difficult terrain multiplies the benefits of training events. Throughout training, Rangers are taught to expect the unexpected.

Shortly after a failed hostage rescue mission, Desert One, in Iran, the Army formed a special aviation unit. The unit drew on the best aviators in the Army and immediately began an intensive training program in low-level, night operations. The unit became a battalion of its own on 16 Oct. 1981. Designated the 160th Aviation Battalion, the unit was popularly known as Task Force 160 because of the constant attachment and detachment of units to prepare for a wide variety of missions. Its focus on night operations resulted in the nickname, the "Night Stalkers." On 16 May 1990, the unit was reorganized, designated the 160th Special Operations Aviation Regiment (Airborne), and assigned to the U.S. Army Special Operations Command.

The 160th SOAR (A) actively seeks and assigns the best-qualified aviators and support soldiers available in the Army. The unique mission of the unit requires that all members be three time volunteers, i.e. Army, Airborne, 160th SOAR (A). Once assigned, incoming officers and enlisted soldiers go through Basic Mission Qualification. The Officer Qualification Course lasts 20–28 weeks while the Enlisted Qualification Course is five weeks in duration. Two other qualification levels exist, Fully Mission Qualified and Flight Lead. Associated progression through these levels are 12–24 months and 36–60 months respectively.

In 2011, the 160th SOAR will become part of the U.S. Army Special Operations Aviation Command (ARSOAC).

Used during peacetime, contingencies, and declared war, these activities are a form of force
Initiation of force
The initiation of force is the start, or beginning, of the use of physical and/or legal coercion, violence, or restraint. This is to be distinguished from retaliatory force and violence...
, and are force multipliers that use nonviolent means in often violent environments. Persuading rather than compelling physically, they rely on logic, fear, desire or other mental factors to promote specific emotions, attitudes or behaviors. The ultimate objective of U.S. military psychological operations is to convince enemy, neutral, and friendly nations and forces to take action favorable to the United States and its allies.

Civil affairs units support military commanders by working with civil authorities and civilian populations in the commander's area of operations during peace, contingency operations and war.

Specializing in advanced communications and resupply capabilities, members of the 112th SOSB (A) and the 528th SB (A), have a difficult mission supporting ARSOF. In their respective fields, signal and support soldiers provide supplies, maintenance, equipment and expertise allowing Special Operation Forces to "shoot, move and communicate" on a continuous basis. Because ARSOF often uses SOF-unique items, soldiers assigned to these units are taught to operate and maintain a vast array of specialized equipment not normally used by their conventional counterparts. To meet the needs of ARSOF, the two battalions have developed logistical and signal packages that are deployable on a moments notice. Soldiers assigned to these units are airborne qualified.