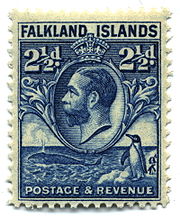 Topical or thematic stamp collecting
Stamp collecting
Stamp collecting is the collecting of postage stamps and related objects. It is one of the world's most popular hobbies, with the number of collectors in the United States alone estimated to be over 20 million.- Collecting :...
is the collecting of postage stamp
Postage stamp
A postage stamp is a small piece of paper that is purchased and displayed on an item of mail as evidence of payment of postage. Typically, stamps are made from special paper, with a national designation and denomination on the face, and a gum adhesive on the reverse side...
s relating to a particular subject or concept. Topics can be almost anything, from stamps on stamps, birds on stamps, to famous physicians, to the history of England.

The earliest stamps simply depicted busts of reigning monarchs, important figures, or coats of arms, but as time went on stamps started to have a wider range of designs. Bears appeared on provisional stamps of St. Louis in 1845, while the beaver was featured on the earliest stamps of Canada. More than 150 years later, the variety of designs on stamps is enormous, giving topical collectors plenty of scope to find stamps for their chosen theme. In fact, so many stamps have been issued that some popular themes, such as "ships" or "birds", have become nearly impossible to complete, and topical collectors may specialize further, such as by looking for only square-rigged sailing ships, or only flightless birds.