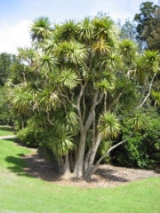 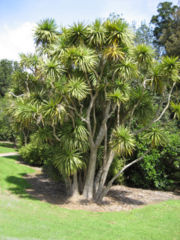 Tinui is a small village approximately 40 kilometres from Masterton
Masterton
Masterton is a large town and local government district in the Wellington Region of New Zealand. It is the largest town in the Wairarapa, a region separated from Wellington by the Rimutaka ranges...
, in the Wairarapa
Wairarapa
Wairarapa is a geographical region of New Zealand. It occupies the south-eastern corner of the North Island, east of metropolitan Wellington and south-west of the Hawke's Bay region. It is lightly populated, having several rural service towns, with Masterton being the largest...
, New Zealand
New Zealand
New Zealand is an island country in the south-western Pacific Ocean comprising two main landmasses and numerous smaller islands. The country is situated some east of Australia across the Tasman Sea, and roughly south of the Pacific island nations of New Caledonia, Fiji, and Tonga...
. The name Tinui comes from the Māori
Maori language
Māori or te reo Māori , commonly te reo , is the language of the indigenous population of New Zealand, the Māori. It has the status of an official language in New Zealand...
words ti, meaning cabbage tree and nui, meaning many. While the actual village of Tinui is small, consisting of only two streets, Charles Street and Blackhill Road, the village serves as the centre of the wider Tinui farming area, with:

Tinui was the first place in New Zealand to have an ANZAC Day
ANZAC Day
Anzac Day is a national day of remembrance in Australia and New Zealand, commemorated by both countries on 25 April every year to honour the members of the Australian and New Zealand Army Corps who fought at Gallipoli in the Ottoman Empire during World War I. It now more broadly commemorates all...
service, when the then vicar led an expedition to place a large wooden cross on the Tinui Taipos, a 360 m (1200 ft) high large promontory behind the village, in April 1916 to commemorate the dead. A service was held on the 25th of April of that year. In 2006 the 90th Anniversary of the event was celebrated with a full 21-gun salute fired at the service by soldiers from the Waiouru Army Camp
Waiouru Army Camp
The Waiouru Army Camp is a base of the New Zealand Army in the central North Island near Waiouru.Waiouru is often referred to by soldiers as the home of the army as it houses the army marae and is the base where all New Zealand Army soldiers complete their initial basic training called All Arms...
. In 2009 the Air Force
Royal New Zealand Air Force
The Royal New Zealand Air Force is the air arm of the New Zealand Defence Force...
began promoting Tinui as a domestic alternative to travelling to Gallipoli
Gallipoli
The Gallipoli peninsula is located in Turkish Thrace , the European part of Turkey, with the Aegean Sea to the west and the Dardanelles straits to the east. Gallipoli derives its name from the Greek "Καλλίπολις" , meaning "Beautiful City"...
. Veterans' Affairs Minister Judith Collins
Judith Collins
Judith Anne Collins is a New Zealand National Party politician and a lawyer. She is a front bench Cabinet minister with the portfolios of Police, Corrections and Veterans' Affairs in the Fifth National Government....
said of the promotion; "I would be delighted to see Tinui become a place where people come to pay their respects and remember those who have fallen."

Tinui, being on the river flats next to a junction of the Whareama River
Whareama River
The Whareama River is a river of the Wellington Region of New Zealand's North Island. It flows generally south from its origins west of Castlepoint to reach the Pacific Ocean 40 kilometres east of Masterton.-References:...
and the Tinui Stream, has been flooded often; the first flood was recorded in 1858 when water covered the river flats. In 1936, floods caused thousands of sheep to drown and floodwaters reached a depth of 450mm inside the Tinui Hotel. The 1991 floods devastated the town when 200mm of rain fell over a 24 hour period, and just a year later, in July 1992 the river flooded again.
The source of this article is wikipedia, the free encyclopedia.  The text of this article is licensed under the GFDL.