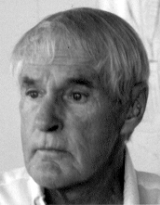 Overview
Timothy Francis Leary was an American psychologist
Psychology
Psychology is the study of the mind and behavior. Its immediate goal is to understand individuals and groups by both establishing general principles and researching specific cases. For many, the ultimate goal of psychology is to benefit society...
and writer, known for his advocacy of psychedelic drugs. During a time when drugs like LSD
LSD
Lysergic acid diethylamide, abbreviated LSD or LSD-25, also known as lysergide and colloquially as acid, is a semisynthetic psychedelic drug of the ergoline family, well known for its psychological effects which can include altered thinking processes, closed and open eye visuals, synaesthesia, an...
and psilocybin
Psilocybin
Psilocybin is a naturally occurring psychedelic prodrug, with mind-altering effects similar to those of LSD and mescaline, after it is converted to psilocin. The effects can include altered thinking processes, perceptual distortions, an altered sense of time, and spiritual experiences, as well as...
were legal, Leary conducted experiments at Harvard University
Harvard University
Harvard University is a private Ivy League university located in Cambridge, Massachusetts, United States, established in 1636 by the Massachusetts legislature. Harvard is the oldest institution of higher learning in the United States and the first corporation chartered in the country...
under the Harvard Psilocybin Project
Harvard Psilocybin Project
The Harvard Psilocybin Project was a series of experiments in psychology conducted by Dr. Timothy Leary and Dr. Richard Alpert. The founding board of the project consisted of Leary, Aldous Huxley, John Spiegel , Leary's superior at Harvard University David McClelland, Frank Barron, Ralph Metzner,...
, resulting in the Concord Prison Experiment
Concord Prison Experiment
The Concord Prison Experiment was designed to evaluate whether the experiences produced by the psychoactive drug psilocybin, derived from psilocybin mushrooms, combined with psychotherapy, could inspire prisoners to leave their antisocial lifestyles behind once they were released...
and the Marsh Chapel Experiment
Marsh Chapel Experiment
The Marsh Chapel Experiment was run by Walter N. Pahnke, a graduate student in theology at Harvard Divinity School, under the supervision of Timothy Leary and the Harvard Psilocybin Project. The goal was to see if in religiously predisposed subjects, psilocybin would act as reliable entheogen...
. Both studies produced useful data, but Leary and his associate Richard Alpert were fired from the university.

Leary believed LSD
LSD
Lysergic acid diethylamide, abbreviated LSD or LSD-25, also known as lysergide and colloquially as acid, is a semisynthetic psychedelic drug of the ergoline family, well known for its psychological effects which can include altered thinking processes, closed and open eye visuals, synaesthesia, an...
showed therapeutic potential for use in psychiatry
Psychiatry
Psychiatry is the medical specialty devoted to the study and treatment of mental disorders. These mental disorders include various affective, behavioural, cognitive and perceptual abnormalities...
.

Timoth leary developed a communication model. Can anyone help me with some research?

People use the word "natural" ... What is natural to me is these botanical species which interact directly with the nervous system. What I consider artificial is 4 years at Harvard, and the Bible, and Saint Patrick's cathedral, and the sunday school teachings.

I declare that the Beatles|The Beatles are mutants. Prototypes of evolutionary agents sent by God, endowed with a mysterious power to create a new human species, a young race of laughing freemen.

Women who seek to be equal with men lack ambition.

As quoted in Third and Possibly the Best 637 Best Things Anybody Ever Said (1987) by Robert Byrne, 40

We are dealing with the best-educated generation in history. They are a hundred times better educated than their grandparents, and ten times more sophisticated. There has never been such an open-minded group. The problem is that no one is giving them anything fresh. They've got a brain dressed up with nowhere to go.

Think for yourself and question authority.

Timothy Leary's track on Sound Bites from the Counter Culture (1989)