Heat flow is an inevitable consequence of contact between objects of differing temperature.

I'm Planning to do an oriented strand board out of peanut hulls and my objective is to test its strength, water absorption, thermal expansion and thi...

I need suggestions for insulating the ceiling og an unheated basement. It sounds like panels would be easier and effective? Thanks.
More

Is there a rigid thermal insulation that is approved for use under quarry tile?
More 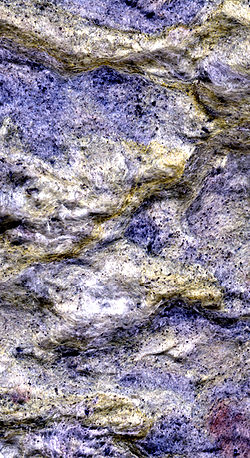 In building construction, insulating materials are assigned a quantitative measure of the insulating capability, called the R-value
R-value (insulation)
The R-value is a measure of thermal resistance used in the building and construction industry. Under uniform conditions it is the ratio of the temperature difference across an insulator and the heat flux through it or R = \Delta T/\dot Q_A.The R-value being discussed is the unit thermal resistance...
.

In thermal engineering of insulating systems for ovens, reactors, and furgances, thermal conductivity (K), product density and specific heat (C) are the key product characteristics, which influence insulating efficiency, such as acolodet insulating.

Clothing is chosen to maintain the temperature of the human body.

To offset high ambient heat, clothing must enable sweat to evaporate (cooling by evaporation). When humans anticipate high temperatures and physical exertion, the billowing of fabric during movement creates air currents that increase evaporation and cooling. A layer of fabric insulates slightly and keeps skin temperatures cooler than otherwise.

To combat cold, evacuating skin humidity is still essential while several layers of materials with different properties are necessary to simultaneously achieve this goal while matching one's internal heat production to the heat losses that occur. The key is layering for different purposes, as heat loss occurs due to wind, radiation of heat into space and conductive bridging. The latter is most apparent in footwear where insulation against conductive heat loss is most important.

Maintaining acceptable temperatures in buildings (by heating and cooling) uses a large proportion of global energy consumption. When well insulated, a building
Building
In architecture, construction, engineering, real estate development and technology the word building may refer to one of the following:...
:

Many forms of thermal insulation also reduce noise and vibration, both coming from the outside and from other rooms inside a building, thus producing a more comfortable environment.

In industry, energy has to be expended to raise, lower, or maintain the temperature of objects or process fluids. If these are not insulated, this increases the energy requirements of a process, and therefore the cost and environmental impact.

Space heating and cooling systems distribute heat throughout buildings by means of pipe or ductwork. Insulating these pipes using pipe insulation
Pipe insulation
Pipe Insulation is thermal or acoustic insulation used on pipework.-Condensation control:Where pipes operate at below-ambient temperatures, the potential exists for water vapour to condense on the pipe surface...
reduces energy into unoccupied rooms and prevents condensation
Condensation
Condensation is the change of the physical state of matter from gaseous phase into liquid phase, and is the reverse of vaporization. When the transition happens from the gaseous phase into the solid phase directly, the change is called deposition....
from occurring on cold and chilled pipework.

Launch and re-entry place severe mechanical stresses on spacecraft, so the strength of an insulator is critically important (as seen by the failure of insulating foam on the Space Shuttle Columbia
Space Shuttle Columbia
Space Shuttle Columbia was the first spaceworthy Space Shuttle in NASA's orbital fleet. First launched on the STS-1 mission, the first of the Space Shuttle program, it completed 27 missions before being destroyed during re-entry on February 1, 2003 near the end of its 28th, STS-107. All seven crew...
). Re-entry through the atmosphere generates very high temperatures because of friction against air at high speeds. Insulators must meet demanding physical properties beyond their thermal transfer retardant properties. E.g. reinforced carbon
Carbon
Carbon is the chemical element with symbol C and atomic number 6. As a member of group 14 on the periodic table, it is nonmetallic and tetravalent—making four electrons available to form covalent chemical bonds...
-carbon composite nose cone and silica
Silicon dioxide
The chemical compound silicon dioxide, also known as silica , is an oxide of silicon with the chemical formula '. It has been known for its hardness since antiquity...
fiber tiles of the Space Shuttle
Space Shuttle
The Space Shuttle was a manned orbital rocket and spacecraft system operated by NASA on 135 missions from 1981 to 2011. The system combined rocket launch, orbital spacecraft, and re-entry spaceplane with modular add-ons...
. See also Insulative paint
Insulative paint
Insulative paint is commonly thought to be paint containing ceramic micro-spheres that have the same heat reflective properties as the tiles on the space shuttle. This is a misconception that has come about due to marketing by paint manufacturers...
.

Insulation performance is influenced by many factors the most prominent of which include:


It is important to note that the factors influencing performance may vary over time as material ages or environmental conditions change.

Industry standards are often rules of thumb, developed over many years, that offset many conflicting goals: what people will pay for, manufacturing cost, local climate, traditional building practices, and varying standards of comfort. Both heat transfer and layer analysis may be performed in large industrial applications, but in household situations (appliances and building insulation), air tightness is the key in reducing heat transfer due to air leakage (forced or natural convection). Once air tightness is achieved, it has often been sufficient to choose the thickness of the insulating layer based on rules of thumb. Diminishing returns are achieved with each successive doubling of the insulating layer.
It can be shown that for some systems, there is a minimum insulation thickness required for an improvement to be realized.
The source of this article is wikipedia, the free encyclopedia.  The text of this article is licensed under the GFDL.