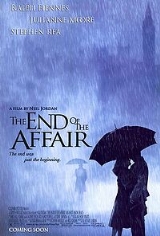 Encyclopedia
Michael Nyman
Michael Nyman
Michael Laurence Nyman, CBE is an English composer of minimalist music, pianist, librettist and musicologist, known for the many film scores he wrote during his lengthy collaboration with the filmmaker Peter Greenaway, and his multi-platinum soundtrack album to Jane Campion's The Piano...
would later use "Diary of Love" to open and close his solo album, The Piano Sings
The Piano Sings
The Piano Sings is a 2005 solo album by Michael Nyman featuring personal interpretations of film music he wrote between 1993 and 2003. It is his second release on his own label, MN Records, and his 49th release overall...
(2006). As with many of Nyman's 1990s scores, he incorporates material from his String Quartet No.3, which was in turn based on a choral piece titled Out of the Ruins
Out of the Ruins
Out of the Ruins is a choral work by Michael Nyman for an eponymous BBC documentary by Agnieszka Piotrowska in commemorating the first anniversary of the 1988 Spitak earthquake in Armenia 7 December 1988, which aired on the BBC's 40 Minutes. The texts are from Grigor Narekatsi's Book of Lamentations...
.