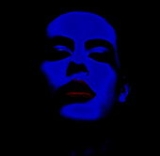 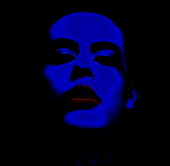 The Bang was formed in 1999 by lead vocalist/guitarist Joshua Gregg and bassist Barry Sherman. The band went through various line-ups, including drummer Danny Girnun, who played drums on the band’s E.P. Of Engines And Earthworms, recorded at Ian Osrin’s Digital Cupboard in November 2001, under the band-name 3Speed

In 2003, local producer Adrian Levi (brother of music video director, Daniel Levi
Daniel Lévi
Daniel Lévi , is a French singer-songwriter, composer and pianist.-Biography:Daniel Lévi was born in Constantine, French Algeria. He spent his childhood in Lyon, where he was preparing for his job as a musician studying piano for a decade at the conservatory in the city. In 1983, he composed and...
), heard the E.P., and promptly signed the band to his indie label Chameleon Records South Africa (home of the South African band, Max Normal)

As of April 2010 band members Joshua Gregg and Brad Kallenbach left The Bang to form the new group Cold War Candy Drop. The new group has a faster more upbeat feel to it according to Joshua.