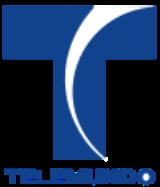 Telemundo reaches 58 percent of Hispanic and Latino American
Hispanic and Latino Americans
Hispanic or Latino Americans are Americans with origins in the Hispanic countries of Latin America or in Spain, and in general all persons in the United States who self-identify as Hispanic or Latino.1990 Census of Population and Housing: A self-designated classification for people whose origins...
households in 142 markets via over-the-air, cable, and satellite television. An average of 1,035,000 total viewers (aged 2 and older) tuned in for its weekday prime time lineup during 2007.