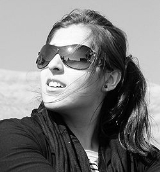 Overview
Sunglasses or sun glasses are a form of protective eyewear
Eye protection
Eye protection is protective gear for the eyes, which comes in many types depending upon the threat that is to be reduced. The threats can be particles, light, wind blast, heat, sea spray or some type of ball or puck used in sports...
designed primarily to prevent bright sunlight
Sunlight
Sunlight, in the broad sense, is the total frequency spectrum of electromagnetic radiation given off by the Sun. On Earth, sunlight is filtered through the Earth's atmosphere, and solar radiation is obvious as daylight when the Sun is above the horizon.When the direct solar radiation is not blocked...
and high-energy visible light from damaging or discomforting the eyes. They can sometimes also function as a visual aid, as variously termed spectacles or glasses
Glasses
Glasses, also known as eyeglasses , spectacles or simply specs , are frames bearing lenses worn in front of the eyes. They are normally used for vision correction or eye protection. Safety glasses are a kind of eye protection against flying debris or against visible and near visible light or...
exist, featuring lenses that are colored, polarized or darkened. In the early 20th century they were also known as sun cheaters (cheaters being an America
United States
The United States of America is a federal constitutional republic comprising fifty states and a federal district...
n slang term for glasses).

Many people find direct sunlight too bright for comfort during outdoor activities.

Sunglasses as seen from a geometric point of veiw.explain.
More
x