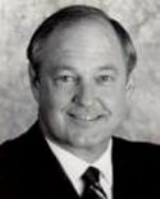 Prior to joining the FEC as a Commissioner, Mr. Walther practiced law in the Reno, Nevada law firm of Walther, Key, Maupin, Oats, Cox & LeGoy, now known as Maupin, Cox & LeGoy which he co-founded in 1972.

During his legal career Mr. Walther has been active in professional legal and judicial organizations and activities, as well as numerous civic activities. He is a former member of the Board of Governors of the American Bar Association
American Bar Association
The American Bar Association , founded August 21, 1878, is a voluntary bar association of lawyers and law students, which is not specific to any jurisdiction in the United States. The ABA's most important stated activities are the setting of academic standards for law schools, and the formulation...
and currently serves as co-chair of the ABA Center for Human Rights. He has been active in ABA initiatives focusing on international relations, human rights and the rule of law. He was appointed by the ABA President to serve as the ABA Representative to the United Nations. He served on the Executive Board of the ABA Central European and Eurasian Law Initiative (CEELI), which oversees the ABA’s democracy building programs in over 21 countries–programs which promote development of fair and open election laws. He has been a member of the Board of Trustees and lecturer for the National Judicial College, both in the United States and in Russia. Mr. Walther has lectured extensively, both domestically and internationally (principally in Russia), on rule of law, human rights, litigation and international law issues. He is a member of the American Law Institute
American Law Institute
The American Law Institute was established in 1923 to promote the clarification and simplification of American common law and its adaptation to changing social needs. The ALI drafts, approves, and publishes Restatements of the Law, Principles of the Law, model codes, and other proposals for law...
and the International Bar Association
International Bar Association
The International Bar Association is an international association of lawyers and lawyers' associations. The IBA's stated purpose is to promote an exchange of information between legal associations worldwide, support the independence of the judiciary and the right of lawyers to practice their...
.