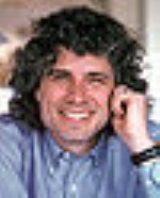 Overview
Steven Arthur Pinker is a Canadian-American
Canadian-American
A Canadian American is someone who was born or someone who grew up in Canada then moved to the United States. The term is particularly apt when applied or self-applied to people with strong ties to Canada, such as those who have lived a significant portion of their lives in, or were educated in,...
experimental psychologist
Experimental psychology
Experimental psychology is a methodological approach, rather than a subject, and encompasses varied fields within psychology. Experimental psychologists have traditionally conducted research, published articles, and taught classes on neuroscience, developmental psychology, sensation, perception,...
, cognitive scientist
Cognitive science
Cognitive science is the interdisciplinary scientific study of mind and its processes. It examines what cognition is, what it does and how it works. It includes research on how information is processed , represented, and transformed in behaviour, nervous system or machine...
, linguist
Linguistics
Linguistics is the scientific study of human language. Linguistics can be broadly broken into three categories or subfields of study: language form, language meaning, and language in context....
and popular science
Popular science
Popular science, sometimes called literature of science, is interpretation of science intended for a general audience. While science journalism focuses on recent scientific developments, popular science is broad-ranging, often written by scientists as well as journalists, and is presented in many...
author. He is a Harvard College
Harvard College
Harvard College, in Cambridge, Massachusetts, is one of two schools within Harvard University granting undergraduate degrees...
Professor and the Johnstone Family Professor in the Department of Psychology at Harvard University
Harvard University
Harvard University is a private Ivy League university located in Cambridge, Massachusetts, United States, established in 1636 by the Massachusetts legislature. Harvard is the oldest institution of higher learning in the United States and the first corporation chartered in the country...
and is known for his advocacy of evolutionary psychology
Evolutionary psychology
Evolutionary psychology is an approach in the social and natural sciences that examines psychological traits such as memory, perception, and language from a modern evolutionary perspective. It seeks to identify which human psychological traits are evolved adaptations, that is, the functional...
and the computational theory of mind
Computational theory of mind
In philosophy, the computational theory of mind is the view that the human mind is an information processing system and that thinking is a form of computing. The theory was proposed in its modern form by Hilary Putnam in 1961 and developed by Jerry Fodor in the 60s and 70s...
.

Pinker’s academic specializations are visual cognition
Perception
Perception is the process of attaining awareness or understanding of the environment by organizing and interpreting sensory information. All perception involves signals in the nervous system, which in turn result from physical stimulation of the sense organs...
and psycholinguistics
Psycholinguistics
Psycholinguistics or psychology of language is the study of the psychological and neurobiological factors that enable humans to acquire, use, comprehend and produce language. Initial forays into psycholinguistics were largely philosophical ventures, due mainly to a lack of cohesive data on how the...
. His academic pursuits include experiments on mental imagery, shape recognition, visual attention, children's language development, regular and irregular phenomena in language, the neural bases of words and grammar, and the psychology of innuendo and euphemism.

The elegant study... is consistent with the themes of modern cognitive neuroscience. Every aspect of thought and emotion is rooted in brain structure and function, including many psychological disorders and, presumably, genius. The study confirms that the brain is a modular system comprising multiple intelligences, mostly nonverbal.