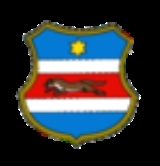 Overview
Slavonia is a geographical and historical region in eastern Croatia
Croatia
Croatia , officially the Republic of Croatia , is a unitary democratic parliamentary republic in Europe at the crossroads of the Mitteleuropa, the Balkans, and the Mediterranean. Its capital and largest city is Zagreb. The country is divided into 20 counties and the city of Zagreb. Croatia covers ...
. It is a fertile agricultural and forested lowland in the Pannonian Basin
Pannonian Basin
The Pannonian Basin or Carpathian Basin is a large basin in East-Central Europe.The geomorphological term Pannonian Plain is more widely used for roughly the same region though with a somewhat different sense - meaning only the lowlands, the plain that remained when the Pliocene Pannonian Sea dried...
, bounded, in part, by the Drava
Drava
Drava or Drave is a river in southern Central Europe, a tributary of the Danube. It sources in Toblach/Dobbiaco, Italy, and flows east through East Tirol and Carinthia in Austria, into Slovenia , and then southeast, passing through Croatia and forming most of the border between Croatia and...
river in the north, the Sava river in the south, and the Danube
Danube
The Danube is a river in the Central Europe and the Europe's second longest river after the Volga. It is classified as an international waterway....
river in the east. Slavonia is notable for its light forests, wide plains and significant agricultural industry.
The root of the word is the name "Slav". Historically, the region was referred to as , "the land of the Slavs".

Hi! I want to ask you if you can tell me something interesting about Valpovo. I think to visit this part of Croatia in the spring and it will be very ...
More
x