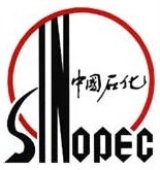 Sinopec Limited's parent, Sinopec Group, is one of the major petroleum
Petroleum
Petroleum or crude oil is a naturally occurring, flammable liquid consisting of a complex mixture of hydrocarbons of various molecular weights and other liquid organic compounds, that are found in geologic formations beneath the Earth's surface. Petroleum is recovered mostly through oil drilling...
companies in China
China
Chinese civilization may refer to:* China for more general discussion of the country.* Chinese culture* Greater China, the transnational community of ethnic Chinese.* History of China* Sinosphere, the area historically affected by Chinese culture...
, headquartered in Chaoyang District
Chaoyang District, Beijing
Chaoyang District is a district of Beijing, China.Chaoyang is home to the majority of Beijing's many foreign embassies, the well-known Sanlitun bar street, as well as Beijing's growing CBD. The Olympic Park, built for the 2008 Summer Olympics, is also in Chaoyang...
, Beijing
Beijing
Beijing , also known as Peking , is the capital of the People's Republic of China and one of the most populous cities in the world, with a population of 19,612,368 as of 2010. The city is the country's political, cultural, and educational center, and home to the headquarters for most of China's...
. Sinopec's business includes oil and gas exploration, refining, and marketing; production and sales of petrochemicals, chemical fibers, chemical fertilizers, and other chemical products; storage and pipeline transportation of crude oil and natural gas; import, export and import/export agency business of crude oil, natural gas, refined oil products, petrochemicals, and other chemicals. In 2011 it ranked as the 5th largest company in sales in Forbes
Forbes
Forbes is an American publishing and media company. Its flagship publication, the Forbes magazine, is published biweekly. Its primary competitors in the national business magazine category are Fortune, which is also published biweekly, and Business Week...
Global 2000.In 2009, it was ranked 9th by Fortune Global 500
Fortune Global 500
The Fortune Global 500 is a ranking of the top 500 corporations worldwide as measured by revenue. The list is compiled and published annually by Fortune magazine....
becoming the first Chinese corporation to make the top ten and in 2010 it was ranked 7th. In 2007, it ranked first in the Top 500 Enterprises of China
Top 500 Enterprises of China
The Top 500 Enterprises of China is a ranking of the top enterprises in the People's Republic of China created by the Chinese Federation of Enterprises . The top ranking company in 2005 was China Petrochemical Corporation, also known as Sinopec....
ranking.

Sinopec Limited was established as a joint stock entity under the China Petrochemical Corporation Group (Sinopec Group) in February 2000. The company was simultaneously listed in Hong Kong, New York, and London in October 2000. A Shanghai listing was completed in June 2001.

Given its legacy asset base from Sinopec Group, analysts have categorized it as a more downstream oil player than PetroChina. Sinopec is the largest oil refiner in Asia by annual volume processed. Sinopec produces around 1/4 as much raw crude oil as PetroChina, but produces 60% more refined products per annum.

In December 2006, Sinopec acquired the assets of Shengli Petroleum, whose main asset was a maturing domestic oil field, in order to stabilize its crude inputs and raise the utilization rate of its existing refineries.

Sinopec signed an evaluation deal with Gabon in 2004. During his African visit that year Chinese President Hu Jintao
Hu Jintao
Hu Jintao is the current Paramount Leader of the People's Republic of China. He has held the titles of General Secretary of the Communist Party of China since 2002, President of the People's Republic of China since 2003, and Chairman of the Central Military Commission since 2004, succeeding Jiang...
signed a series of bilateral trade accords with his Gabonese counterpart Omar Bongo
Omar Bongo
El Hadj Omar Bongo Ondimba , born as Albert-Bernard Bongo, was a Gabonese politician who was President of Gabon for 42 years from 1967 until his death in office in 2009....
, including a "memorandum of agreement aimed at showing the parties' desire to develop exploration, exploitation, refining and export activities of oil products". Three onshore fields were to be explored. One of the three blocks, LT2000, is some 200 kilometres (124.3 mi) southeast of Gabon's economic hub, Port Gentil, which lies south of the capital, Libreville
Libreville
Libreville is the capital and largest city of Gabon, in west central Africa. The city is a port on the Komo River, near the Gulf of Guinea, and a trade center for a timber region. As of 2005, it has a population of 578,156.- History :...
, on the Atlantic coast. The other two - DR200 and GT2000 - are around 100 kilometres (62.1 mi) northeast of Port Gentil, according to the Gabonese oil ministry.

Sinopec Corporation is a partner in Petrodar Operating Company Ltd., a consortium whose partners also include China National Petroleum Corporation (CNPC, the 90 per cent owner of PetroChina) and Sudapet (the Sudanese state-owned oil company), among others. In August, 2005, Petrodar commenced production of oil in blocks 3 and 7 in South-east Sudan. In December, 2005, Petrodar announced that its first shipment of crude oil would be shipped from Sudan in January, 2006. Petrodar's operations represent a major increase in overall Sudanese oil production. In West Africa, Sinopec is also looking at acquiring other petroleum companies. Sinopec completed a takeover of Calgary
Calgary
Calgary is a city in the Province of Alberta, Canada. It is located in the south of the province, in an area of foothills and prairie, approximately east of the front ranges of the Canadian Rockies...
-based Addax Petroleum for $7.5 billion marking China's biggest foreign takeover. Sinopec is also looking into other companies such as ERHC Energy which has multiple oil block assets in the Joint Development Zone.

In November 2005, Sinopec Group announced plans to partner with CNPC to purchase an oil field in Sudan, and has reportedly indicated an interest in expanding its business in Sudan.

In February 2007, Saudi Aramco
Saudi Aramco
Saudi Aramco , officially the Saudi Arabian Oil Company, is the national oil company of Saudi Arabia.Saudi Aramco is the world's largest and most valuable privately-held company, with estimates of its value in 2011 to be $7 trillion USD.Saudi Aramco has both the largest proven crude oil reserves,...
and Exxon
Exxon
Exxon is a chain of gas stations as well as a brand of motor fuel and related products by ExxonMobil. From 1972 to 1999, Exxon was the corporate name of the company previously known as Standard Oil Company of New Jersey or Jersey Standard....
signed a deal with Sinopec to revamp the Fujian
Fujian
' , formerly romanised as Fukien or Huguing or Foukien, is a province on the southeast coast of mainland China. Fujian is bordered by Zhejiang to the north, Jiangxi to the west, and Guangdong to the south. Taiwan lies to the east, across the Taiwan Strait...
oil refinery and triple its capacity to 240000 oilbbl/d by 2009. Aramco, Exxon and Sinopec also signed contracts for a fuel marketing venture that will manage 750 service stations and a network of terminals in Fujian province. Unipec, a subsidiary of Sinopec, signed a contract with French oil company Total
Total
-Mathematics:*Total, the summation of a set of numbers* Total function, a type of partial function in mathematics* Total order, a common total relation in mathematics* Total relation, a type of binary relation in mathematics-Business and enterprise:...
Gabon in February 2002. Under the contract China, for the first time, bought Gabonese crude oil. In the African nation of Gabon
Gabon
Gabon , officially the Gabonese Republic is a state in west central Africa sharing borders with Equatorial Guinea to the northwest, Cameroon to the north, and with the Republic of the Congo curving around the east and south. The Gulf of Guinea, an arm of the Atlantic Ocean is to the west...
, Sinopec's joint ventures in oil exploration have been accused of violating environmental conventions by the government of Gabon. Its activities in Gabon's national parks were suspended in September, 2006, by the Gabonese national parks council.

On April 13, 2010 the Company announced acquisition of Conoco Phillips's 9% stake in the Canadian oil sand firms, Syncrude
Syncrude
Syncrude Canada Ltd. is the world's largest producer of synthetic crude oil from oil sands and the largest single source producer in Canada. It is located just outside Fort McMurray in the Athabasca Oil Sands, and has a nameplate capacity of of oil, equivalent to about 13% of Canada's consumption...
, for $4.65bn. The deal was granted regulatory approval from the Canadian government on June 25, 2010.

In 2004, Sinopec prospected for oil in the 1,550 square kilometers of Loango National Park
Loango National Park
Loango National Park is a national park in western Gabon. It protects diverse coastal habitat, including part of the 220 km² Iguéla Lagoon, the only significant example of a typical western African lagoon system that is protected within a national park....
in southern Gabon and encountered criticism for what domestic and foreign environmental critics said were poor and damaging methods.
Primatology professor Christophe Boesch of the US-based environmental organization, the Wildlife Conservation Society (WCS), criticized the use of dynamite and heavy machinery in exploration and road construction by Sinopec through park, noting that it might drive native Gorillas deeper into the jungle, where they would be outside legal restrictions on hunting. Gabonese law states that industries can extract oil from national parks, but must rehabilitate them to the prior condition. Boesch, and other international experts, have suggested that Sinopec use other methods such as horizontal drilling to minimize its environmental footprint. Sinopec's activities in Gabon's national parks were suspended in September, 2006, by the Gabonese national parks council. In 2007, Sinopec redid its earlier environmental study, this time in conjunction with the Gabonese environmentalist group Enviropass and the World Wildlife Foundation, winning high marks from Gabonese, Western, and Chinese conservation experts. Shortly thereafter, Sinopec resumed production with more environmentally friendly methods.

China's top environmental watchdog warned Sinopec in 2007 to stop operations at one of its oil fields due to chronic river pollution. Zhongyuan Oilfields Petrochemical Company, a unit of Sinopec, had failed to meet waste water treatment requirements and had been ordered to pay a pollution fine and operations had to be halted, according to the State Environmental Protection Administration (SEPA).

Guangdong Provincial Environment Bureau (GPEB had also issued a red sign warning to 19 companies, including Sinopec Guangzhou, in February 2008. By GPEB’s standard, the companies that have involved in excessive emissions or caused serious environmental pollution accidents will be given the red sign warning and will be placed under strict supervision.

On Wednesday, July 28, 2010, an explosion at an abandoned Sinopec plastics and chemicals factory in the Qixia District
Qixia District
Qixia District , Jiangsu, China a city district of the City of Nanjing directly northeast across the Yangtze River from Nanjing.It has an area of 80 km2 and the population of 400,000.-Natural and historical sights:...
of Nanjing, China killed at least 12 people and seriously injured 15 more.