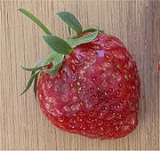 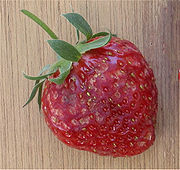 Seed predation, often referred to as granivory, is a type of plant-animal interaction in which granivores (seed predators) feed on the seeds
SEEDS
SEEDS is a voluntary organisation registered under the Societies Act of India....
of plants as a main or exclusive food source, in many cases leaving the seeds damaged and not viable. Granivores are found across many families of vertebrates (especially mammals, birds and insects) as well as invertebrates; thus, seed predation occurs in virtually all ecosystems. Seed predation is commonly divided into two distinctive temporal categories, pre-dispersal and post-dispersal predation, which may involve different strategies and requirements and have different implications at the individual and population level. Nevertheless, regardless of timing, seed predation has great implications for plant population dynamics. To counterbalance effects of predation, plants have evolved defenses such as seed morphology (size, shape, toughness) and chemical defenses (secondary compounds such as tannins and alkaloids) to defend against their seed predators. However, as plants have adapted defenses to seed predation (e.g., chemical compounds), so have seed predators adapted to plant defenses (e.g., ability to detoxify chemical compounds). Thus, many interesting examples of coevolution arise from this dynamic relationship.


Seeds and their defenses

Plant seeds are important sources of nutrition for animals across most ecosystems. Seeds contain food storage organs (e.g., endosperm
Endosperm
Endosperm is the tissue produced inside the seeds of most flowering plants around the time of fertilization. It surrounds the embryo and provides nutrition in the form of starch, though it can also contain oils and protein. This makes endosperm an important source of nutrition in human diet...
) that provide nutrients to the developing plant embryo (cotyledon). This makes seeds an attractive food source for animals because they are a highly concentrated and localized nutrient source in relation to other plant parts.

Seeds of many plants have evolved a variety of defenses to deter predation from seed predators. Plants may allocate resources toward physical or chemical defenses. Seeds are often contained inside protective structures or fruit pulp that encapsulate seeds until they are ripe. Other physical defenses include spines, hairs, fibrous seed coats and hard endosperm.

Some seeds have evolved strong anti-herbivore chemical compounds. In contrast to physical defenses, chemical defenses in seeds to deter consumption by seed predators by using chemicals that are toxic to granivores or inhibit the digestibility of the seed. These chemicals include non-protein amino acids, cyanogenic-gycosides, protease and amylase inhibitors, Phytohaemaglutinins . Seeds face trade-offs between allocation toward defenses and the size and number of seeds produced. Additionally plants have trade-offs in seed defense allocation between deterring seed predators and attracting seed dispersers.

Post-dispersal seed predation is extremely common in virtually all ecosystems. Given the heterogeneity in both resource type (seeds from different species are available), quality (seeds of different ages and/or different status of integrity or decomposition) and location (seeds are scattered and hidden in the environment), most post-dispersal predators have generalist habits . These predators usually belong to a diverse array of animals, such as ants, beetles, crabs, fish, rodents and birds. In addition, not only is the assemblage of post-dispersal seed predators diverse, but its composition varies considerably among ecosystems .

The complex relationship between seed predation and plant demography is an important topic of plant-animal interactive studies. Plant population structure and size over time is closely associated with the effectiveness at which seed predators locate, consume, and disperse seeds. In many cases this relationship is dependent upon the type of seed predator (specialist vs. generalist) or the particular habitat in which the interaction is taking place. The role of seed predation on plant demography may be either detrimental or in particular cases actually beneficial to plant populations.