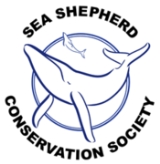 Overview
The Sea Shepherd Conservation Society (SSCS) is a non-profit, marine conservation
Marine conservation
Marine conservation, also known as marine resources conservation, is the protection and preservation of ecosystems in oceans and seas. Marine conservation focuses on limiting human-caused damage to marine ecosystems, and on restoring damaged marine ecosystems...
organization based in Friday Harbor, Washington
Friday Harbor, Washington
Friday Harbor is a town in San Juan County, Washington, United States. The population was 2,162 at 2010 Census. Located on San Juan Island, Friday Harbor is the major commercial center of the San Juan Islands archipelago and is the county seat of San Juan County.-History:In 1845 the Hudson's Bay...
in the United States. The group uses direct action
Direct action
Direct action is activity undertaken by individuals, groups, or governments to achieve political, economic, or social goals outside of normal social/political channels. This can include nonviolent and violent activities which target persons, groups, or property deemed offensive to the direct action...
tactics to protect sealife. Sea Shepherd currently operates the vessels MY Steve Irwin, the Bob Barker
MY Bob Barker
The MY Bob Barker is a ship owned and operated by the Sea Shepherd Conservation Society, named for former television game show host Bob Barker, whose donation of $5 million to the society facilitated the purchase of the ship. It first started operating for the group in late 2009 / early 2010 in its...
, and the MV Brigitte Bardot, and most of the group's recent activities take place in international waters. The group has a strong focus on public relations to spread their message via the media.

The organization was founded in 1977 under the name Earth Force Society by Paul Watson
Paul Watson
Paul Watson is a Canadian animal rights and environmental activist, who founded and is president of the Sea Shepherd Conservation Society, a direct action group devoted to marine conservation....
, a co-founding member of Greenpeace
Greenpeace
Greenpeace is a non-governmental environmental organization with offices in over forty countries and with an international coordinating body in Amsterdam, The Netherlands...
, after a dispute with that organization over what Watson saw as its lack of more aggressive intervention.