Encyclopedia
The saturation vapor curve usually states for the separation curve between the two-phase state and the vapor state in the T-s diagram. When used in a power cycle
Thermodynamic cycle
A thermodynamic cycle consists of a series of thermodynamic processes transferring heat and work, while varying pressure, temperature, and other state variables, eventually returning a system to its initial state...
, the fluid expansion depends strongly on the nature of this saturation curve : 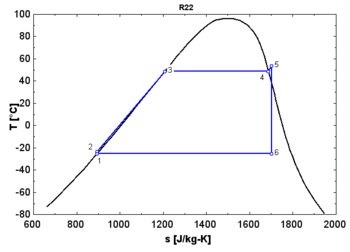 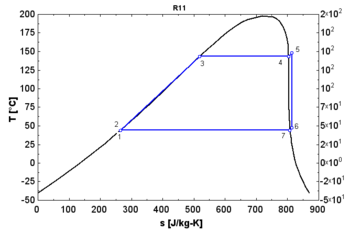 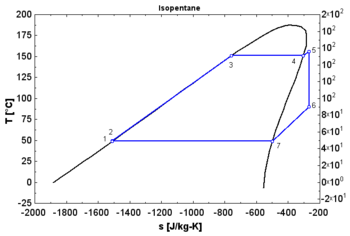