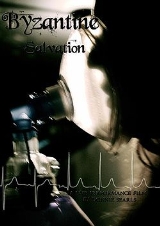 Encyclopedia
Salvation is a DVD
DVD
A DVD is an optical disc storage media format, invented and developed by Philips, Sony, Toshiba, and Panasonic in 1995. DVDs offer higher storage capacity than Compact Discs while having the same dimensions....
that was released April 17, 2007 from West Virginia
West Virginia
West Virginia is a state in the Appalachian and Southeastern regions of the United States, bordered by Virginia to the southeast, Kentucky to the southwest, Ohio to the northwest, Pennsylvania to the northeast and Maryland to the east...
heavy metal band Byzantine
Byzantine (band)
Byzantine is a heavy metal band from Charleston, West Virginia that formed in 2000. The band consists of frontman and co-founder Chris "OJ" Ojeda , Brian Henderson , Matt Wolfe and Michael "Skip" Cromer . They have released three studio albums on Prosthetic Records...
via Prosthetic Records
Prosthetic Records
Prosthetic Records is a record label specializing in heavy metal recordings. Founded by E.J. Johantgen and Dan Fitzgerald both former employees of Columbia Records, in Los Angeles, California in 1998...
. It was filmed, directed, and edited by Donnie Searls, owner of the production company Every Second Pictures. Shortly after release, any copy purchased straight from the band included a bonus DVD with content that wasn't able to fit on the main disc. 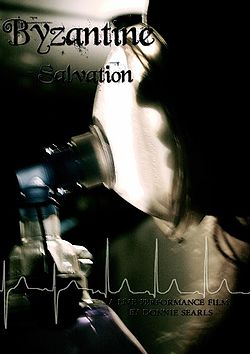