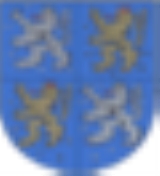 Encyclopedia
The Regionalverband Saarbrücken is a Kommunalverband besonderer Art, an integration of a district
District
Districts are a type of administrative division, in some countries managed by a local government. They vary greatly in size, spanning entire regions or counties, several municipalities, or subdivisions of municipalities.-Austria:...
(Kreis) and a district-free town. It is located in the south of the Saarland
Saarland
Saarland is one of the sixteen states of Germany. The capital is Saarbrücken. It has an area of 2570 km² and 1,045,000 inhabitants. In both area and population, it is the smallest state in Germany other than the city-states...
, Germany
Germany
Germany , officially the Federal Republic of Germany , is a federal parliamentary republic in Europe. The country consists of 16 states while the capital and largest city is Berlin. Germany covers an area of 357,021 km2 and has a largely temperate seasonal climate...
. Neighboring districts are Saarlouis
Saarlouis (district)
Saarlouis is a Kreis in the middle of the Saarland, Germany. Neighboring districts are Merzig-Wadern, Sankt Wendel, Neunkirchen, Saarbrücken, and the French département Moselle.-History:...
, Neunkirchen
Neunkirchen (German district)
Neunkirchen is a Kreis in the middle of the Saarland, Germany. Neighboring districts are Sankt Wendel, Kusel, Saarpfalz, Saarbrücken, and Saarlouis.-History:...
, Saar-Pfalz, and the French
France
The French Republic , The French Republic , The French Republic , (commonly known as France , is a unitary semi-presidential republic in Western Europe with several overseas territories and islands located on other continents and in the Indian, Pacific, and Atlantic oceans. Metropolitan France...
département Moselle
Moselle
Moselle is a department in the east of France named after the river Moselle.- History :Moselle is one of the original 83 departments created during the French Revolution on March 4, 1790...
.

The Saar River
Saar River
The Saar is a river in northeastern France and western Germany, and a right tributary of the Moselle. It rises in the Vosges mountains on the border of Alsace and Lorraine and flows northwards into the Moselle near Trier. It has two headstreams , that both start near Mont Donon, the highest peak...
flows through the district, through the city Saarbrücken
Saarbrücken
Saarbrücken is the capital of the state of Saarland in Germany. The city is situated at the heart of a metropolitan area that borders on the west on Dillingen and to the north-east on Neunkirchen, where most of the people of the Saarland live....
in the center of the district.