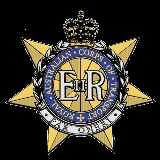 The role of the RACT is to control and operate Army owned surface transport, other than unit transport, and to provide movement control, terminal, postal and Army aspects of air logistic support. As such members of the corps are employed in a variety of roles, including:

At Puckapunyal
Puckapunyal
Puckapunyal is an Australian Army training facility and base 10 km west of Seymour, in central Victoria, south-eastern Australia.-Description:Puckapunyal is a small restricted-access town inhabited mainly by about 280...
on 4 June 1983 the RACT was presented with its Banner. It was received from the Governor General of Australia, Sir Ninian Stephen
Ninian Stephen
Sir Ninian Martin Stephen, is a retired politician and judge, who served as the 20th Governor-General of Australia and as a Justice in the High Court of Australia.-Early life:...
, who presented it on behalf of Her Royal Highness, Princess Alice
Princess Alice, Duchess of Gloucester
Princess Alice, Duchess of Gloucester was a member of the British Royal Family, the wife and then widow of Prince Henry, Duke of Gloucester, the third son of George V and Queen Mary.The daughter of the 7th Duke of Buccleuch & Queensberry, Scotland’s largest landowner, her brothers Walter and...
.

The RACT Lanyard is a braided blue and red lanyard to represent its RAASC and RAE heritage. Notably, RACT was the first corps in the Australian Army to receive approval to wear a braided lanyard.

The corps colours of the RACT are blue, white and scarlet. Each of the colours represents various aspects of the history of the corps: