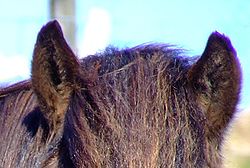 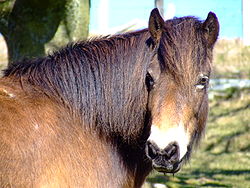 In photography
Photography
Photography is the art, science and practice of creating durable images by recording light or other electromagnetic radiation, either electronically by means of an image sensor or chemically by means of a light-sensitive material such as photographic film...
, and particularly in digital photography
Digital photography
Digital photography is a form of photography that uses an array of light sensitive sensors to capture the image focused by the lens, as opposed to an exposure on light sensitive film...
, purple fringing is the term for an out-of-focus purple or magenta "ghost" image on a photograph. This defect is generally most visible as a coloring and lightening of dark edges adjacent to bright areas of broad-spectrum illumination, such as daylight or various types of gas discharge lamps.

Lenses in general exhibit axial chromatic aberration
Chromatic aberration
In optics, chromatic aberration is a type of distortion in which there is a failure of a lens to focus all colors to the same convergence point. It occurs because lenses have a different refractive index for different wavelengths of light...
in which different colors of light do not focus in the same plane. Normally, lens designs are optimized so that two or more (at least 3 for apochromatic lenses) wavelengths of light in the visible range focus at the same plane. Wavelengths very different from those optimized in the design process may be severely out-of-focus when the reference colors are in focus. Lens performance may be poor for such wavelengths in other ways too, including an increase in flare
Flare
-In culture and the arts:*Flare , an acrobatic move employed in b-boying, commonly known as breakdance, and gymnastics*Flare , a female hero who is a member of the League of Champions...
due to anti-reflective coatings also being optimized for the expected wavelengths.

Most film has relatively low sensitivity to colors outside the visible range, so light spread in the near ultraviolet
Ultraviolet
Ultraviolet light is electromagnetic radiation with a wavelength shorter than that of visible light, but longer than X-rays, in the range 10 nm to 400 nm, and energies from 3 eV to 124 eV...
(UV) or near infrared
Infrared
Infrared light is electromagnetic radiation with a wavelength longer than that of visible light, measured from the nominal edge of visible red light at 0.74 micrometres , and extending conventionally to 300 µm...
(IR) rarely has a significant impact on the image recorded. However, sensors used in digital cameras commonly are sensitive to a wider range of wavelengths. Although the lens glass itself filters-out much of the UV light and most digital cameras incorporate filters to reduce IR sensitivity, the leakage can be sufficient for bright out-of-focus UV/IR light to tint nearby dark regions of the image. Typical digital sensors are particularly sensitive to near IR, and the Bayer filter
Bayer filter
A Bayer filter mosaic is a color filter array for arranging RGB color filters on a square grid of photosensors. Its particular arrangement of color filters is used in most single-chip digital image sensors used in digital cameras, camcorders, and scanners to create a color image...
blue and red filters typically leak more IR light than the green does, thus explaining the apparent color of the fringes.

Post-processing to remove purple fringing (or chromatic aberration in general) usually involves scaling the fringed colour channel, or subtracting some of a scaled version of the blue channel, or other blue-channel tricks.
The source of this article is wikipedia, the free encyclopedia.  The text of this article is licensed under the GFDL.