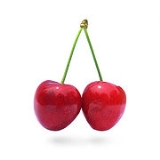 Encyclopedia
Amygdaloideae is a subfamily within the flowering plant
Flowering plant
The flowering plants , also known as Angiospermae or Magnoliophyta, are the most diverse group of land plants. Angiosperms are seed-producing plants like the gymnosperms and can be distinguished from the gymnosperms by a series of synapomorphies...
family Rosaceae
Rosaceae
Rosaceae are a medium-sized family of flowering plants, including about 2830 species in 95 genera. The name is derived from the type genus Rosa. Among the largest genera are Alchemilla , Sorbus , Crataegus , Cotoneaster , and Rubus...
. It was formerly considered by some authors to be separate from Rosaceae, and the family names Prunaceae and Amygdalaceae have been used. Commercially, important members of the Amygdaloideae include plum
Plum
A plum or gage is a stone fruit tree in the genus Prunus, subgenus Prunus. The subgenus is distinguished from other subgenera in the shoots having a terminal bud and solitary side buds , the flowers in groups of one to five together on short stems, and the fruit having a groove running down one...
, cherry
Cherry
The cherry is the fruit of many plants of the genus Prunus, and is a fleshy stone fruit. The cherry fruits of commerce are usually obtained from a limited number of species, including especially cultivars of the wild cherry, Prunus avium....
, apricot
Apricot
The apricot, Prunus armeniaca, is a species of Prunus, classified with the plum in the subgenus Prunus. The native range is somewhat uncertain due to its extensive prehistoric cultivation.- Description :...
, peach
Peach
The peach tree is a deciduous tree growing to tall and 6 in. in diameter, belonging to the subfamily Prunoideae of the family Rosaceae. It bears an edible juicy fruit called a peach...
, and almond
Almond
The almond , is a species of tree native to the Middle East and South Asia. Almond is also the name of the edible and widely cultivated seed of this tree...
. The fruit
Fruit
In broad terms, a fruit is a structure of a plant that contains its seeds.The term has different meanings dependent on context. In non-technical usage, such as food preparation, fruit normally means the fleshy seed-associated structures of certain plants that are sweet and edible in the raw state,...
of these plants are known as stone fruit (a drupe
Drupe
In botany, a drupe is a fruit in which an outer fleshy part surrounds a shell of hardened endocarp with a seed inside. These fruits develop from a single carpel, and mostly from flowers with superior ovaries...
), as each fruit contains a hard shell (the endocarp) called a stone or pit, which contains the single seed.

The taxonomy of this group of plants within the Rosaceae has recently been unclear. In 2001 it was reported that Amygdaloideae consists of two distinct genetic groups or "clades", Prunus
Prunus
Prunus is a genus of trees and shrubs, which includes the plums, cherries, peaches, apricots and almonds. There are around 430 species spread throughout the northern temperate regions of the globe. Many members of the genus are widely cultivated for fruit and ornament.-Botany:Members of the genus...
–Maddenia and Exochorda
Exochorda
Exochorda is a small genus of flowering plants in the family Rosaceae, native to China and central Asia . They are used as ornamental plants with the common name pearl bush...
–Oemleria–Prinsepia
Prinsepia
Prinsepia is a genus of trees in the Rosaceae. It bears fruit which looks like a cherry. The plant grows largely in India, China, Bangladesh, and Taiwan, yet P...
. Further refinement shows that Exochorda–Oemleria–Prinsepia is somewhat separate from Prunus–Maddenia–Pygeum, and that the traditional subfamilies Maloideae
Maloideae
The Maloideae C.Weber are the apple subfamily, a grouping used by some taxonomists within the rose family, Rosaceae. Recent molecular phylogenetic evidence has shown that the traditional Spiraeoideae and Amygdaloideae form part of the same clade as the traditional Maloideae, and the correct name...
and Spiraeoideae
Spiraeoideae
The subfamily Spiraeoideae was traditionally a subfamily of flowering plants within family Rosaceae. The taxonomy of this subfamily has changed several times in the last century as more detailed studies have been carried out...
must be included in Amygdaloideae if a paraphyletic
Paraphyly
A group of taxa is said to be paraphyletic if the group consists of all the descendants of a hypothetical closest common ancestor minus one or more monophyletic groups of descendants...
group is to be avoided. With this classification the genus Prunus is considered to include Armeniaca, Cerasus, Amygdalus, Padus, Laurocerasus, Pygeum, and Maddenia. Other, non-cladist taxonomists consider the Amygdaloideae to be a single tribe, or else three separate tribes.

Robert Frost
Robert Frost
Robert Lee Frost was an American poet. He is highly regarded for his realistic depictions of rural life and his command of American colloquial speech. His work frequently employed settings from rural life in New England in the early twentieth century, using them to examine complex social and...
alluded to the merging of Amygdalaceae into Rosaceae in his poem The Rose Family, when he wrote "The rose is a rose and was always a rose / But the theory now goes that the apple's a rose, / and the pear is, and so's the plum, I suppose." In the next line he wrote, "The dear [i.e., "the dear Lord", euphemized] only knows what will next prove a rose." This referred to shifting botanical opinion which had recently reunited Amygdalaceae, Spiraeaceae, and Malaceae into Rosaceae (which matches de Jussieu's 1789 classification).
The source of this article is wikipedia, the free encyclopedia.  The text of this article is licensed under the GFDL.