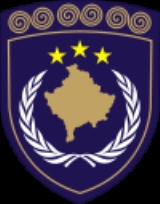 Encyclopedia
The Provisional Institutions of Self-Government ' onMouseout='HidePop("58117")' href="/topics/Serbian_language">Serbian
Serbian language
Serbian is a form of Serbo-Croatian, a South Slavic language, spoken by Serbs in Serbia, Bosnia and Herzegovina, Montenegro, Croatia and neighbouring countries....
: Привремене институције самоуправе, Privremene institucije samouprave) or 'PISG' are the local administrative bodies in Kosovo established by the United Nations administration ('UNMIK')
United Nations Interim Administration Mission in Kosovo
The United Nations Interim Administration Mission in Kosovo or UNMIK is the interim civilian administration in Kosovo, under the authority of the United Nations. The mission was established on 10 June 1999 by Security Council Resolution 1244...
in that province under the terms of UNSCR 1244
United Nations Security Council Resolution 1244
United Nations Security Council Resolution 1244, adopted on June 10, 1999, after recalling resolutions 1160 , 1199 , 1203 and 1239 , authorised an international civil and military presence in Kosovo ) and established the United Nations Interim Administration Mission in Kosovo .Resolution...
. That resolution, which ended the Kosovo conflict
Kosovo War
The term Kosovo War or Kosovo conflict was two sequential, and at times parallel, armed conflicts in Kosovo province, then part of FR Yugoslav Republic of Serbia; from early 1998 to 1999, there was an armed conflict initiated by the ethnic Albanian "Kosovo Liberation Army" , who sought independence...
of 1999, provided for an interim international administration for Kosovo which would establish and oversee the development of 'provisional, democratic self-governing institutions'. The province is the subject of a long-running political and territorial dispute between the Serbia
Serbia
Serbia , officially the Republic of Serbia , is a landlocked country located at the crossroads of Central and Southeast Europe, covering the southern part of the Carpathian basin and the central part of the Balkans...
n (and previously, the Yugoslav
Yugoslavia
Yugoslavia refers to three political entities that existed successively on the western part of the Balkans during most of the 20th century....
) government and Kosovo's largely ethnic-Albanian population. Whilst formally a part of Serbia, international negotiations began in 2006 to determine the final status of Kosovo (see also Constitutional status of Kosovo
Constitutional status of Kosovo
The political status of Kosovo is the subject of a long-running political and territorial dispute between the Serbian government and Kosovo's largely ethnic-Albanian population, stemming from the breakup of Yugoslavia at the end of the 20th century, and the ensuing Yugoslav wars...
and Kosovo Status Process).

In May 2001, UNMIK promulgated a Constitutional Framework which established these Provisional Institutions of Self-Government (PISG). Since 2001, UNMIK has been gradually transferring increased administrative competencies to the PISG, while reserving powers that are normally carried out by sovereign states, such as over foreign affairs. UNMIK has also established municipal government and an internationally-supervised Kosovo Police Service
Kosovo Police Service
Kosovo Police is the police law enforcement agency of the Republic of Kosovo.It was created in 1999 in the aftermath of the Kosovo War and subsequent withdrawal of the Yugoslav armed forces from Kosovo....
.