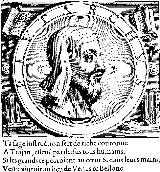 Pompey had fought brilliantly and in the end routed Caesar's whole force... but either he was unable to or else he feared to push on. Caesar [said] to his friends: 'Today the enemy would have won, if they had had a commander who was a winner.'

The Life of Pompey

By the study of their biographies, we receive each man as a guest into our minds, and we seem to understand their character as the result of a personal acquaintance, because we have obtained from their acts the best and most important means of forming an opinion about them. "What greater pleasure could'st thou gain than this?" What more valuable for the elevation of our own character?

Thus our judgments, if they do not borrow from reason and philosophy a fixity and steadiness of purpose in their acts, are easily swayed and influenced by the praise or blame of others, which make us distrust our own opinions.

A remorseful change of mind renders even a noble action base, whereas the determination which is grounded on knowledge and reason cannot change even if its actions fail.

These are the materials for reflection which history affords to those who choose to make use of them.

Empire may be gained by gold, not gold by empire. It used, indeed, to be a proverb that "It is not Philip, but Philip's gold that takes the cities of Greece."

Valour, however unfortunate, commands great respect even from enemies: but the Romans despise cowardice, even though it be prosperous.

A Roman divorced from his wife, being highly blamed by his friends, who demanded, "Was she not chaste? Was she not fair? Was she not fruitful?" holding out his shoe, asked them whether it was not new and well made. "Yet," added he, "none of you can tell where it pinches me."