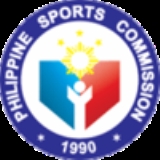 Encyclopedia
The Philippine Sports Commission (PSC) was created through Republic Act No. 6847 in 1990 to serve as the "sole policy-making and coordinating body of all amateur sports development programs and institutions in the Philippines". Its primary function is "to provide the leadership, formulate the policies and set the priorities and directions of all national sports promotion and development, particularly giving emphasis on grassroots participation".
PSC Profile

The birth of the Philippine Sports Commission was championed in the 1987 Philippine Constitution declaring the importance of sports in forming a healthy and functioning citizenry.

But even at the onset of the 20th century, sports already posed as a vital component of the Filipino lifestyle as upheld by the formation of various governing sports bodies, which would later pave the way for the creation of a main umbrella organization that is PSC.
IN RETROSPECT: Early government sports bodies

The first known government sports organization was the Philippine Amateur Athletic Federation (PAAF), established in 1911 when the country was still under the American administration. The spirit behind the organization, as stated in the Federation’s Handbook, was to resolve the ongoing “menace of professionalism” and erosion in Philippine sports. The first set of officers was an all-American, including then U.S. Governor-General W. Cameron Forbes as its president.

With the proliferation of amateur sports in the country and in the wake of some developments in the international meets in the 1960s, the Association for the Advancement of Amateur Athletic (AAAA) came into existence. It was described to be a “kinetic and progressive” group of young sports leaders who thought that a change in the PAAF system was unavoidable and indispensable.

In order to map out ways of effecting the change deemed necessary, a historic meeting among AAAA representatives, leaders of different sports, the Press, and advocates of the PAAF was convened on November 18, 1960. This resulted to the forging of a composite bill passed by the Senate and House of Representatives and approved by the President of the Philippines. Consequently, a new PAAF Charter was created, which ensued the decentralization of the Federation’s activities and granting autonomy to the various National Sports Associations.

Another milestone in the Philippines sports history was the issuance of Presidential Decree No. 604 pursuing the establishment of the Department of Youth and Sports Development (DYSD) in 1974 as the new government sports authority under President Ferdinand Marcos’s regime. This abolished PAAF, transferring all its properties, assets, and functions to the Department.

When the Philippines took a parliamentary form of government, the DYSD was changed to the Ministry of Youth and Sports Development (MYSD).

On October 31, 1979, a Letter of Instructions No. 955 was issued by President Marcos ordering the MYSD to implement what is now known as a ground-breaking and important sports endeavor in the Philippine sports history – the “Project: GINTONG ALAY” (PGA).

The primary goal of the project was to integrate and intensify all development programs of Athletics (Track & Field) in the country. Michael Keon, current PSC Training Director/Consultant, was tasked to head this undertaking. PGA adopted the concept of “training camp”, a first in Southeast Asia, which was situated in Baguio City. Track and Field athletes were the first batch who went through rigid trainings and focused development program aimed at improving performance in international competitions. Later on, the program was extended to include other sports.

By the year 1990, massive developments in the international sporting world were already arousing. In the country, it was the time to strengthen the national sports structure as President Corazon C. Aquino signed into law the creation of a new government’s sports agency with fortified and more relevant objectives.

Hence, on January 24, 1990, the Philippine Sports Commission came into being.
THE COMMISSION LIVES ON: 19 years and beyond

PSC was created as the top government sports body by virtue of Republic Act 6847 or “The Philippine Sports Commission Act”. Since its birth in 1990, it has grown into one of the country’s formidable institutions, ennobled by its salient mission of transforming the Filipino people into a healthy citizenry through various commendable sports development programs.

For already sixteen years of productive service, the Commission has remarkably lived through the best and worst of times. It has tasted the sweetest of triumphs and gone to the lowest pits of controversies and intrigues. But through it all, its spirit has never gone out. Its sincere devotion towards sports promotion in the country has indeed kept its existence more and more meaningful as the years go by.

Today, the agency’s fortitude keeps on burning with the untiring commitment and dedication of its leaders and employees, who unceasingly fuel the agency’s passion for excellence. Until the foreseeable future, PSC continues to be ever dynamic, resilient, and responsive to the needs of the citizenry.

In consonance with its mandate, the PSC Vision is expressed as:

"A Commission with a unified sports program which will enhance the quality of life of the Filipinos, instill national pride and attain international prestige through excellence in sports".

Likewise, the PSC Mission is:

"To serve as the prime catalyst and advocate for the propagation and development of Philippine sports by helping shape policies and setting priorities through the following:


Objectives of the Commission


Composition of the Commission


Recognition of the Philippine Olympic Committee

“The Philippine Center for Sports Medicine’s mission is to provide optimum care to Filipino National Athletes and to maximize their athletic performance through sports science and sports medicine services, education and research.

The Philippine Center for Sports Medicine (PCSM) is also entrusted to assist in promoting physical fitness and sports participation among Filipinos of all ages and abilities, encouraging them to adopt healthy lifestyles that will lead to useful, meaningful and productive lives.”

At the Philippine Center for Sports Medicine, we consider Filipino Athletes as our primary concern. We exist for and because of them. We utilize the best of our knowledge, skills and attitudes in providing them with optimum medical care and all possible scientific support that they may perform creditably to the best of their abilities, giving honor to themselves and to the country.

At the Philippine Center for Sports Medicine, we put emphasis on the development of our staff by providing them a healthy environment, making available to them every opportunity to reach their full potentials, and giving them the necessary training and experience to continuously improve their skills.

The Philippine Center for Sports Medicine aims to devote time, effort and resources in assisting Filipinos in their quest for sports excellence, and in producing a healthy and fit citizenry, by making available to all the latest knowledge, techniques, development and innovations in the field of sports medicine and sports science.