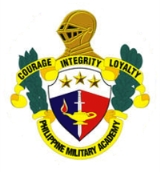 The Philippine Military Academy traces its history back to the Academia Militar which was established on October 25, 1898 at Malolos, Bulacan.

How to enroll in PMA? when the starting of exam?

How to enroll in PMA? when the starting of exam?

What if you have small tattoo and it is not exposed? Do they have the same tattoo policy at westpoint?
More

How can i join in the Philippine military academy?

WHat is the MOTTO of PMA??