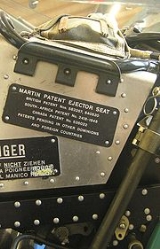 Overview
A patent is a form of intellectual property
Intellectual property
Intellectual property is a term referring to a number of distinct types of creations of the mind for which a set of exclusive rights are recognized—and the corresponding fields of law...
. It consists of a set of exclusive right
Exclusive right
In Anglo-Saxon law, an exclusive right is a de facto, non-tangible prerogative existing in law to perform an action or acquire a benefit and to permit or deny others the right to perform the same action or to acquire the same benefit. A "prerogative" is in effect an exclusive right...
s granted by a sovereign state
Sovereign state
A sovereign state, or simply, state, is a state with a defined territory on which it exercises internal and external sovereignty, a permanent population, a government, and the capacity to enter into relations with other sovereign states. It is also normally understood to be a state which is neither...
to an inventor or their assignee for a limited period of time in exchange for the public disclosure of an invention
Invention
An invention is a novel composition, device, or process. An invention may be derived from a pre-existing model or idea, or it could be independently conceived, in which case it may be a radical breakthrough. In addition, there is cultural invention, which is an innovative set of useful social...
.

The procedure for granting patents, the requirements placed on the patentee, and the extent of the exclusive rights vary widely between countries according to national laws and international agreements. Typically, however, a patent application must include one or more claim
Claim (patent)
Patent claims are the part of a patent or patent application that defines the scope of protection granted by the patent. The claims define, in technical terms, the extent of the protection conferred by a patent, or the protection sought in a patent application...
s defining the invention which must meet the relevant patentability
Patentability
Within the context of a national or multilateral body of law, an invention is patentable if it meets the relevant legal conditions to be granted a patent...
requirements such as novelty
Novelty (patent)
Novelty is a patentability requirement. An invention is not patentable if the claimed subject matter was disclosed before the date of filing, or before the date of priority if a priority is claimed, of the patent application....
and non-obviousness
Inventive step and non-obviousness
The inventive step and non-obviousness reflect a same general patentability requirement present in most patent laws, according to which an invention should be sufficiently inventive — i.e., non-obvious — in order to be patented....
.

1790    First U.S. patent is issued to inventor Samuel Hopkins for a potash process.

1809    Mary Kies becomes the first woman awarded a U.S. patent, for a technique of weaving straw with silk and thread.

1836    Samuel Colt is granted an United States patent for the Colt revolver.

1839    William Otis receives a patent for the steam shovel.

1844    Charles Goodyear receives a patent for vulcanization, a process to strengthen rubber.

1876    Alexander Graham Bell applies for a patent for the telephone, as does Elisha Gray.

In the field of industrial patents in particular we shall have seriously to examine whether the award of a monopoly privilege is really the most appropriate and effective form of reward for the kind of risk bearing which investment in scientific research involves.

Patents are the best and most effective means of controlling competition. They occasionally give absolute command of the market, enabling their owner to name the price without regard to the cost of production... Patents are the only legal form of absolute monopoly.

The advancement of the arts, from year to year, taxes our credulity and seems to presage the arrival of that period when human improvement must end.

Henry L. Ellsworth, commissioner of the Patent Office, 1843 report to Congress (note that the context is the increasing workload at the patent office) .

If people had understood how patents would be granted when most of today's ideas were invented, and had taken out patents, the industry would be at a complete standstill today.

There is no patent. Could you patent the sun?

Jonas Salk, in response to the question regarding his Polio vaccine, "Who owns the patent on this vaccine?" by Edward R. Murrow, in a CBS Television interview, on See It Now|See It Now (12 April 1955); quoted in Shots in the Dark : The Wayward Search for an AIDS Vaccine (2001) by Jon Cohen|Jon Cohen
More
x