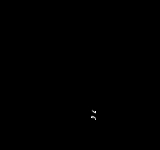 Overview
Oxycodone is an opioid
Opioid
An opioid is a psychoactive chemical that works by binding to opioid receptors, which are found principally in the central and peripheral nervous system and the gastrointestinal tract...
analgesic
Analgesic
An analgesic is any member of the group of drugs used to relieve pain . The word analgesic derives from Greek an- and algos ....
medication
Medication
A pharmaceutical drug, also referred to as medicine, medication or medicament, can be loosely defined as any chemical substance intended for use in the medical diagnosis, cure, treatment, or prevention of disease.- Classification :...
synthesized from opium-derived thebaine
Thebaine
Thebaine , its name coming from the Greek Θῆβαι, Thēbai, an ancient city in Upper Egypt, is an opiate alkaloid. A minor constituent of opium, thebaine is chemically similar to both morphine and codeine, but has stimulatory rather than depressant effects, causing convulsions similar to strychnine...
. It was developed in 1916 in Germany, as one of several new semi-synthetic opioids in an attempt to improve on the existing opioids: morphine
Morphine
Morphine is a potent opiate analgesic medication and is considered to be the prototypical opioid. It was first isolated in 1804 by Friedrich Sertürner, first distributed by same in 1817, and first commercially sold by Merck in 1827, which at the time was a single small chemists' shop. It was more...
, diacetylmorphine (heroin), and codeine
Codeine
Codeine or 3-methylmorphine is an opiate used for its analgesic, antitussive, and antidiarrheal properties...
.

Oxycodone oral medications are generally prescribed for the relief of moderate to severe pain. Currently it is formulated as single ingredient products or compounded products.

I am interested in knowing the chemical compound by weight of oxycodone. In other words, how much does the actual narcotic itself weigh, i.e., in gra...
More
x