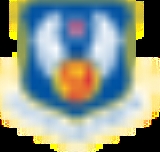 This article deals with the unit established in 2009. For the previous unit, see United States Air Forces Central.

Is the 9th Air Force still an active component of the US Air Force? I have two copies of the history of the 9th AF done in watercolor. But more import...
More

This article deals with the unit established in 2009. For the previous unit, see United States Air Forces Central.

Ninth Air Force shared its commander with United States Air Forces Central (USAFCENT) until August 2009. It is planned that they will return to a shared commander after the United States completes its current wars. This article deals with the current organization, as the lineage of the previous organization currently belongs to USAFCENT.

The command is responsible for six active duty flying wings and one active associate National Guard wing. These seven wings are

Ninth Air Force is also responsible for overseeing the operational readiness of 30 designated units of the Air National Guard
Air National Guard
The Air National Guard , often referred to as the Air Guard, is the air force militia organized by each of the fifty U.S. states, the commonwealth of Puerto Rico, the territories of Guam and the U.S. Virgin Islands, and the District of Columbia of the United States. Established under Title 10 and...
and Air Force Reserve.
The source of this article is wikipedia, the free encyclopedia.  The text of this article is licensed under the GFDL.