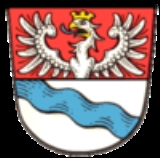 Encyclopedia
Nieder-Erlenbach is a district or Stadtteil and an Ortsbezirk of Frankfurt am Main, Germany
Germany
Germany , officially the Federal Republic of Germany , is a federal parliamentary republic in Europe. The country consists of 16 states while the capital and largest city is Berlin. Germany covers an area of 357,021 km2 and has a largely temperate seasonal climate...
.

In Nieder-Erlenbach there is the private school
Private school
Private schools, also known as independent schools or nonstate schools, are not administered by local, state or national governments; thus, they retain the right to select their students and are funded in whole or in part by charging their students' tuition, rather than relying on mandatory...
Anna-Schmidt-Schule
Anna-Schmidt-Schule
The ' is a private school in the districts Westend and Nieder-Erlenbach of Frankfurt am Main, Germany.-History:The eponym is Anna Schmidt . Since 1979 the school is an UNESCO project school and furthermore a full-time school. The school has approximate 95 teachers, 20 educators and 1,280 students...
.