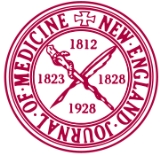 Encyclopedia
The New England Journal of Medicine (NEJM) is an English-language
English language
English is a West Germanic language that arose in the Anglo-Saxon kingdoms of England and spread into what was to become south-east Scotland under the influence of the Anglian medieval kingdom of Northumbria...
peer-reviewed
Peer review
Peer review is a process of self-regulation by a profession or a process of evaluation involving qualified individuals within the relevant field. Peer review methods are employed to maintain standards, improve performance and provide credibility...
medical journal published by the Massachusetts Medical Society
Massachusetts Medical Society
The Massachusetts Medical Society is the oldest continuously-operating state medical society in the United States. Incorporated on November 1, 1781, by an act of the Massachusetts General Court, the MMS is a non-profit organization that consists of approximately 22,000 physicians, medical students...
. It describes itself as the oldest continuously published medical journal in the world.

The NEJM was founded by John Collins Warren
John Collins Warren
John Collins Warren , of Boston, was one of the most renowned American surgeons of the 19th century. In 1846 he gave permission to William T.G. Morton to provide ether anesthesia while Warren performed a minor surgical procedure...
in 1812 as a quarterly called The New England Journal of Medicine and Surgery. For one year, 1827, it was named the New England Medical Review and Journal. In 1828, it became a weekly, and was renamed The Boston Medical and Surgical Journal; one hundred years later, it took on its present name.

It publishes editorials, papers on original research, review articles, correspondence, and case reports, and has a special section called "Images in Clinical Medicine".

The website for the George Polk Awards
George Polk Awards
The George Polk Awards in Journalism are a series of American journalism awards presented annually by Long Island University in New York in the United States.-History:...
noted that its 1977 award to the New England Journal of Medicine "provided the first significant mainstream visibility for a publication that would achieve enormous attention and prestige in the ensuing decades."

The journal usually has the highest impact factor
Impact factor
The impact factor, often abbreviated IF, is a measure reflecting the average number of citations to articles published in science and social science journals. It is frequently used as a proxy for the relative importance of a journal within its field, with journals with higher impact factors deemed...
of the journals of clinical medicine
Medicine
Medicine is the science and art of healing. It encompasses a variety of health care practices evolved to maintain and restore health by the prevention and treatment of illness....
(including the Journal of the American Medical Association
Journal of the American Medical Association
The Journal of the American Medical Association is a weekly, peer-reviewed, medical journal, published by the American Medical Association. Beginning in July 2011, the editor in chief will be Howard C. Bauchner, vice chairman of pediatrics at Boston University’s School of Medicine, replacing ...
, and The Lancet
The Lancet
The Lancet is a weekly peer-reviewed general medical journal. It is one of the world's best known, oldest, and most respected general medical journals...
); in 2006, the impact factor was 51, according to the Journal Citation Reports
Journal Citation Reports
Journal Citation Reports is an annual publication by the Healthcare & Science division of Thomson Reuters. It has been integrated with the Web of Knowledge, by Thomson Reuters, and is accessed from the Web of Science to JCR Web. It provides information about academic journals in the sciences and...
, the first research journal to break 50.

In the early 2000s, the New England Journal of Medicine was involved in a controversy around problems with research on the drug Vioxx
Rofecoxib
Rofecoxib is a nonsteroidal anti-inflammatory drug that has now been withdrawn over safety concerns. It was marketed by Merck & Co. to treat osteoarthritis, acute pain conditions, and dysmenorrhoea...
. A study was published in the journal in November 2000 which noted an increase in myocardial infarction
Myocardial infarction
Myocardial infarction or acute myocardial infarction , commonly known as a heart attack, results from the interruption of blood supply to a part of the heart, causing heart cells to die...
amongst those taking Vioxx. According to Richard Smith
Richard Smith (editor)
Richard Smith is a British medical doctor, editor, and businessman.He is director of the Ovations initiative to combat chronic disease in the developing world...
, the former editor of the British Medical Journal
BMJ
BMJ is a partially open-access peer-reviewed medical journal. Originally called the British Medical Journal, the title was officially shortened to BMJ in 1988. The journal is published by the BMJ Group, a wholly owned subsidiary of the British Medical Association...
, concerns about the correctness of that study were raised with the journal's editor, Jeff Drazen, as early as August 2001. That year, both the US Food and Drug Administration
Food and Drug Administration
The Food and Drug Administration is an agency of the United States Department of Health and Human Services, one of the United States federal executive departments...
and the Journal of the American Medical Association also cast doubt on the validity of the data interpretation that had been published in the NEJM. Merck
Merck & Co.
Merck & Co., Inc. , also known as Merck Sharp & Dohme or MSD outside the United States and Canada, is one of the largest pharmaceutical companies in the world. The Merck headquarters is located in Whitehouse Station, New Jersey, an unincorporated area in Readington Township...
withdrew the drug from market in September 2004. In December 2005, NEJM published an expression of concern about the original study following discovery that the authors knew more about certain adverse events than they disclosed at the time of publication. From the Expression of Concern: "Until the end of November 2005, we believed that these were late events that were not known to the authors in time to be included in the article published in the Journal on November 23, 2000. It now appears, however, from a memorandum dated July 5, 2000, that was obtained by subpoena in the Vioxx litigation and made available to the Journal, that at least two of the authors knew about the three additional myocardial infarctions at least two weeks before the authors submitted the first of two revisions and 4 1/2 months before publication of the article." During the five-year period between publication and Expression of Concern, it has been estimated that Merck paid NEJM as much as US$836,000 for article reprints that Merck used for promotional purposes. The journal was publicly rebuked for its response to the research issues in editorials appearing in publications including the British Medical Journal and the Journal of the Royal Society of Medicine.

NEJM provides delayed free online access to its research articles (it does so six months after publication, and maintains that access dating back to 1990). This delay does not apply to readers from the least developed countries, for whom the content is available at no charge for personal use.

NEJM also has two podcast
Podcast
A podcast is a series of digital media files that are released episodically and often downloaded through web syndication...
features, one with interviews of doctors and researchers that are publishing in the journal, and another summarizing the content of each issue. Other offerings include Continuing Medical Education, Videos in Clinical Medicine (showing videos of medical procedures), and the weekly Image Challenge.