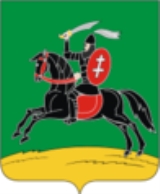 Nevel was first mentioned in 1503 Ivan the Terrible's will among towns that had been founded during his reign. It is believed that Nevel was founded some time before 1580. It was ceded to the Polish-Lithuanian Commonwealth
Polish-Lithuanian Commonwealth
The Polish–Lithuanian Commonwealth was a dualistic state of Poland and Lithuania ruled by a common monarch. It was the largest and one of the most populous countries of 16th- and 17th‑century Europe with some and a multi-ethnic population of 11 million at its peak in the early 17th century...
at the close of the Livonian War
Livonian War
The Livonian War was fought for control of Old Livonia in the territory of present-day Estonia and Latvia when the Tsardom of Russia faced a varying coalition of Denmark–Norway, the Kingdom of Sweden, the Union of the Grand Duchy of Lithuania and the Kingdom of Poland.During the period 1558–1578,...
and was not returned to Russia until 1772, when it was granted town status.
The source of this article is wikipedia, the free encyclopedia.  The text of this article is licensed under the GFDL.