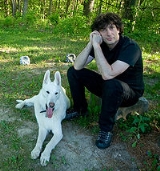 Overview
Neil Richard Gaiman
is an English author of short fiction, novels, comic books, graphic novel
Graphic novel
A graphic novel is a narrative work in which the story is conveyed to the reader using sequential art in either an experimental design or in a traditional comics format...
s, audio theatre and films. His notable works include the comic book series The Sandman and novels Stardust
Stardust (novel)
Stardust is the first solo prose novel by Neil Gaiman. It is usually published as a novel with illustrations by Charles Vess. Stardust has a different tone and style from most of Gaiman's prose fiction, being consciously written in the tradition of pre-Tolkien English fantasy, following in the...
, American Gods
American Gods
American Gods is a Hugo and Nebula Award-winning novel by Neil Gaiman. The novel is a blend of Americana, fantasy, and various strands of ancient and modern mythology, all centering on a mysterious and taciturn protagonist, Shadow. It is Gaiman's fourth prose novel, being preceded by Good Omens ,...
, Coraline
Coraline
Coraline is a horror/fantasy novella by British author Neil Gaiman, published in 2002 by Bloomsbury and Harper Collins. It was awarded the 2003 Hugo Award for Best Novella, the 2003 Nebula Award for Best Novella, and the 2002 Bram Stoker Award for Best Work for Young Readers...
, and The Graveyard Book
The Graveyard Book
The Graveyard Book is a children's fantasy novel by English author Neil Gaiman. The story is about a boy named Nobody Owens, who after his family is murdered is adopted and raised by the occupants of a graveyard...
. Gaiman's writing has won numerous awards, including Hugo
Hugo Award
The Hugo Awards are given annually for the best science fiction or fantasy works and achievements of the previous year. The award is named after Hugo Gernsback, the founder of the pioneering science fiction magazine Amazing Stories, and was officially named the Science Fiction Achievement Awards...
, Nebula
Nebula Award
The Nebula Award is given each year by the Science Fiction and Fantasy Writers of America , for the best science fiction/fantasy fiction published in the United States during the previous year...
, and Bram Stoker
Bram Stoker Award
The Bram Stoker Award is a recognition presented by the Horror Writers Association for "superior achievement" in horror writing. The awards have been presented annually since 1987, and the winners are selected by ballot of the Active members of the HWA...
, as well as the 2009 Newbery Medal
Newbery Medal
The John Newbery Medal is a literary award given by the Association for Library Service to Children, a division of the American Library Association . The award is given to the author of the most distinguished contribution to American literature for children. The award has been given since 1922. ...
and 2010 Carnegie Medal in Literature. He is the first author to win both the Newbery and the Carnegie medals for the same work.
Gaiman's family is of Polish and other Eastern European Jewish origins; his great-grandfather emigrated from Antwerp before 1914 and his grandfather eventually settled in the Hampshire
Hampshire
Hampshire is a county on the southern coast of England in the United Kingdom. The county town of Hampshire is Winchester, a historic cathedral city that was once the capital of England. Hampshire is notable for housing the original birthplaces of the Royal Navy, British Army, and Royal Air Force...
city of Portsmouth
Portsmouth
Portsmouth is the second largest city in the ceremonial county of Hampshire on the south coast of England. Portsmouth is notable for being the United Kingdom's only island city; it is located mainly on Portsea Island...
and established a chain of grocery stores.
His father, David Bernard Gaiman
David Gaiman
David Bernard Gaiman was a prominent British member of the Church of Scientology. He and his wife Sheila joined Scientology in the early 1960s and Gaiman served as public relations director and was commonly in the media during the British controversies over Scientology in the 1960s and 1970s.-...
, worked in the same chain of stores; his mother, Sheila Gaiman (née Goldman), was a pharmacist.

Everybody has a secret world inside of them. All of the people of the world, I mean everybody. No matter how dull and boring they are on the outside, inside them they've all got unimaginable, magnificent, wonderful, stupid, amazing worlds. Not just one world. Hundreds of them. Thousands maybe.

It has always been the prerogative of children and half-wits to point out that the emperor has no clothes. But the half-wit remains a half-wit, and the emperor remains an emperor.

Life — and I don't suppose I'm the first to make this comparison — is a disease: sexually transmitted, and invariably fatal.

We are small but we are many, we are many we are small; we were here before you rose, we will be here when you fall.