Encyclopedia
Myrtleford is a town in north-east Victoria
Victoria (Australia)
Victoria is the second most populous state in Australia. Geographically the smallest mainland state, Victoria is bordered by New South Wales, South Australia, and Tasmania on Boundary Islet to the north, west and south respectively....
, Australia
Australia
Australia , officially the Commonwealth of Australia, is a country in the Southern Hemisphere comprising the mainland of the Australian continent, the island of Tasmania, and numerous smaller islands in the Indian and Pacific Oceans. It is the world's sixth-largest country by total area...
, 45 km south-east of Wangaratta and 275 km north-east of Melbourne. Myrtleford is part of the Alpine Shire
Alpine Shire
Alpine Shire is a Local Government Area in Victoria, Australia. It is located in the north-eastern part of the state. It includes the towns of Bright, Mount Beauty and Myrtleford. It has an area of 4,885 square kilometres. In 2001 it had a population of 17,581 and still growing. There are two...
local government area and at the 2006 census
Census in Australia
The Australian census is administered once every five years by the Australian Bureau of Statistics. The most recent census was conducted on 9 August 2011; the next will be conducted in 2016. Prior to the introduction of regular censuses in 1961, they had also been run in 1901, 1911, 1921, 1933,...
the town had a population of 3,187.

Aboriginal people inhabited the Alpine Valleys and high country for thousands of years prior to European settlement, and knew its flora, fauna, geography and seasonal changes intimately. Groups visited the Alps in summer to hold ceremonies and gather the nutritious Bogong moths that shelter there. European settlement began in the early 19th century and from 1837, the township of Myrtleford was a remote cattle run known as the Myrtle Creek Run. Forming the boundary of the runs, Myrtle Creek was given its name by the first Europeans in the area. When gold was discovered in the Buckland Valley, thousands of diggers had to cross Myrtle Creek on their way to the goldfields. A small township developed around the fording place, with the name of Myrtleford consequently adopted. The road through Myrtleford was then called the Buckland Road; today it is known as the Great Alpine Road. The Post Office opened on 26 July 1858 as Myrtle Creek and was renamed Myrtleford in 1871. 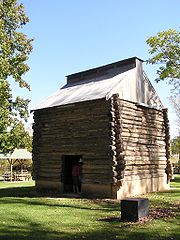