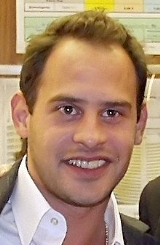 Bleibtreu grew up in Hamburg. His first appearance on TV was in the late seventies on a children's television series called Neues aus Uhlenbusch, written by his mother Monica and Rainer Boldt. This was followed by a role in Boldt's Ich hatte einen Traum and alongside his mother in the miniseries Mit meinen heißen Tränen. After he left school when he was 16, he lived in Paris and New York City where he attended acting school. In 1992 he began his acting career at the Schauspielhaus
Deutsches Schauspielhaus
The Deutsches Schauspielhaus is a theatre in the St. Georg quarter of the city of Hamburg, Germany. With a capacity for 1192 spectators, it places it as Germany's largest theatre...
in Hamburg. He also had numerous small parts in television productions.

His roles include the Gray Ghost in the film Speed Racer
Speed Racer (film)
Speed Racer is a 2008 American live action film adaptation of Tatsuo Yoshida's 1960s Japanese anime series of the same name, produced by Tatsunoko Productions. The film is written and directed by the Wachowskis...
, Andreas Baader
Andreas Baader
Andreas Bernd Baader was one of the first leaders of the German left-wing militant organization Red Army Faction, also commonly known as the Baader-Meinhof Gang.- Life :...
in The Baader Meinhof Complex, Manni in Run Lola Run
Run Lola Run
Run Lola Run is a 1998 German crime thriller film written and directed by Tom Tykwer and starring Franka Potente as Lola and Moritz Bleibtreu as Manni. The story follows a woman who needs to obtain 100,000 German marks in 20 minutes to save her boyfriend's life...
, and Tarek Fahd in the psychological thriller Das Experiment
Das Experiment
Das Experiment is a 2001 German film directed by Oliver Hirschbiegel, about a social experiment, based on Mario Giordano's novel Black Box, which resembles Philip Zimbardo's Stanford prison experiment of 1971.-Plot:...
.