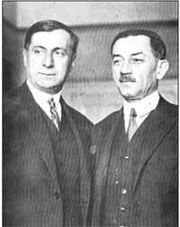 Milan Rakić (Милан Ракић) was a Serbia
Serbia
Serbia , officially the Republic of Serbia , is a landlocked country located at the crossroads of Central and Southeast Europe, covering the southern part of the Carpathian basin and the central part of the Balkans...
n poet
Poet
A poet is a person who writes poetry. A poet's work can be literal, meaning that his work is derived from a specific event, or metaphorical, meaning that his work can take on many meanings and forms. Poets have existed since antiquity, in nearly all languages, and have produced works that vary...
. He focused on dodecasyllable
Dodecasyllable
Dodecasyllable verse is a line of verse with twelve syllables. 12 syllable lines are used in a variety of poetic traditions, including Italian and French poetry, and in poetry of the Southern Slavs...
and hendecasyllable
Hendecasyllable
The hendecasyllable is a line of eleven syllables, used in Ancient Greek and Latin quantitative verse as well as in medieval and modern European poetry.-In quantitative verse:...
verse, which allowed him to achieve beautiful rhythm
Rhythm
Rhythm may be generally defined as a "movement marked by the regulated succession of strong and weak elements, or of opposite or different conditions." This general meaning of regular recurrence or pattern in time may be applied to a wide variety of cyclical natural phenomena having a periodicity or...
and rhyme
Rhyme
A rhyme is a repetition of similar sounds in two or more words and is most often used in poetry and songs. The word "rhyme" may also refer to a short poem, such as a rhyming couplet or other brief rhyming poem such as nursery rhymes.-Etymology:...
in his poems. He was quite a perfectionist and therefore only published two collections of poems (1903, 1912). He wrote largely about death and non-existence, keeping the tone sceptical and ironic. Two of his most well-known poems are An Honest Song (Iskrena pesma), A Desperate Song (Očajna pesma), Jefimija, Simonida
Simonida
Simonida Nemanjić , born Simonis Palaiologina , was a Byzantine princess and queen consort of Serbia as the fourth wife of Serbian king Milutin . She was a daughter of Byzantine Emperor Andronikos II Palaiologos and Irene of Montferrat.- Life :Simonida was born in Constantinople ca. 1294...
and At Gazi-Mestan (Na Gazi-Mestanu). He was a member of the Serbian Royal Academy (1934).

His poetry is mainly centred on love and philosophical themes. Like Dučić, he shows signs of a decadent spirit acquired in Paris, but he is more profound in his sensitivity and perception of reality. He is also more pessimistic in outlook, resigned to the basically tragic nature of existence as expressed in man's inability to truly enjoy his experiences and to halt the inexorable passage of time. Rakić is also more pensive and subdued than Dučić, finding it difficult to rejoice amidst decay, flight of time, and approaching death. Even his patriotic poems reveal this pessimistic tone, although he also expresses hope for the revival of Serbian spiritual glory.

Rakić was a religious poet. The earth he loves and celebrates has meaning for him as reflection and expression of God. The human relationships he cherishes hold the same sanction. In the work of no other notable Serbian poet of the first half of the 20th century is a religious element so positive and so pervasive.

One can truly say that Rakić, indeed, belongs to the best Serbian poets of the twentieth century.