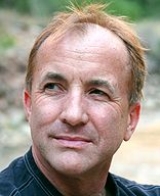 Shermer is also the producer and co-host of the 13-hour Fox Family (now ABC Family)
ABC Family
ABC Family, stylized as abc family, is an American television network, owned by ABC Family Worldwide Inc., a subsidiary of the Disney-ABC Television Group division of The Walt Disney Company...
television
Television
Television is a telecommunication medium for transmitting and receiving moving images that can be monochrome or colored, with accompanying sound...
series Exploring the Unknown.

"My thesis is that morality exists outside the human mind in the sense of being not just a trait of individual humans, but a human trait; that is, a human universal."

"… no such individual would find the Golden Rule surprising in any way because at its base lies the foundation of most human interactions and exchanges and it can be found in countless texts throughout recorded history and from around the world--a testimony to its universality."

"The recent medical controversy over whether vaccinations cause autism reveals a habit of human cognition—thinking anecdotally comes naturally, whereas thinking scientifically does not."