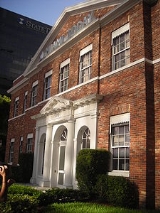 Miami Today's editor-in-chief and Publisher is Michael Lewis, an award-winning newspaper man who has been honored as the top editorial writer in the nation by the National Newspaper Association. He founded Miami Today in 1983, the Book of Leaders in 1997 and MiamiTodayNews.com in 2000.